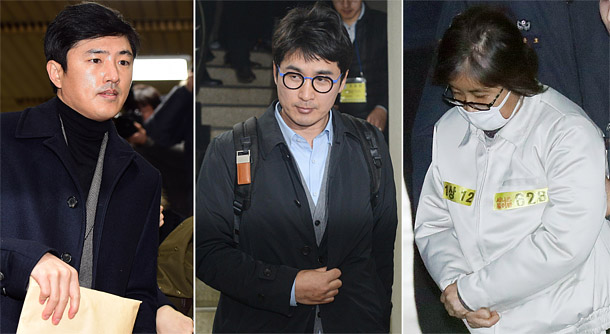 Ko Young-tae, left, a former business associate of Choi Soon-sil, and Lee Sung-han, center, former secretary general of the Mi-R Foundation, were called in as witnesses at the Seoul Central District Court in a hearing on Choi, right, who is a central figure in the abuse of power scandal. At the court, Choi had an altercation with Lee over how and why Lee recorded their conversation last August as the recording was released at the hearing. The conversation implied that Choi planned to pass the buck to Lee after media began looking into the Mi-R Foundation’s role in the scandal. [YONHAP]