Back and ready for action

Back and ready for action 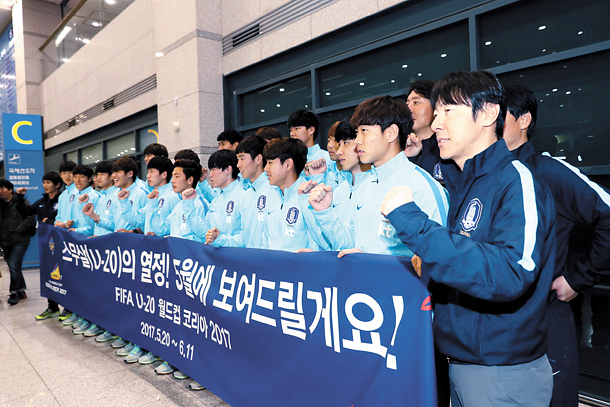 Korea’s U-20 football team and head coach Shin Tae-yong pose for a photo at Incheon International Airport on Tuesday, returning home after three weeks in Portugal, training to prepare for the 2017 FIFA U-20 World Cup. The FIFA U-20 World Cup is slated to start on May 20 and run until June 11 in six different cities around Korea: Jeonju, Daejeon, Jeju, Suwon, Cheonan and Incheon. While training in Portugal, the Korean youth team played in five different friendly matches and recorded two wins, two losses and one draw. As the skipper that led the Olympic squad during the 2016 Rio Games, Shin is expected to achieve yet another success with the U-20 team during the World Cup. The Korean team is in Group A and will have its first match at 8 p.m. on May 20 at the Jeonju World Cup Stadium. [YONHAP]