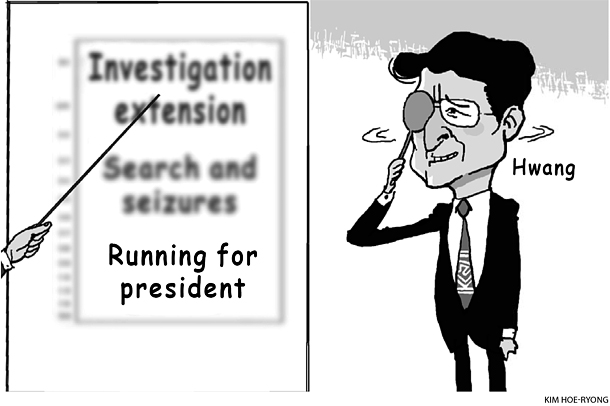 Prime Minister Hwang Kyo-an, acting president after the impeachment of President Park Geun-hye, seems to be more interested in running for president than allowing an independent counsel to raid the Blue House to gather evidence of Park’s abuse of power or extending the counsel’s investigation period.