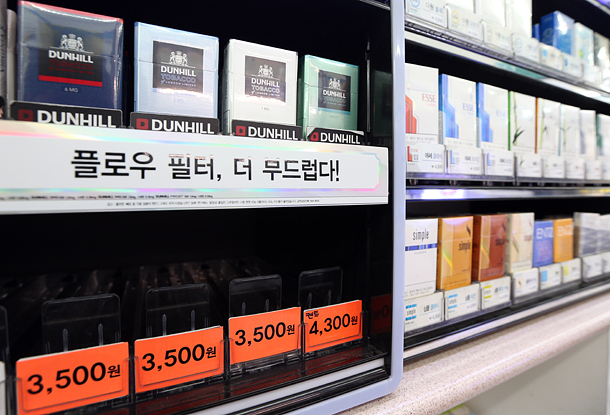 Just around the time when Donald Trump was inaugurated in January, a notable deal was made in the M&A market in New York. British American Tobacco, maker of famous Dunhill cigarettes, took over Reynolds American in a $49.4 billion buyout. After the merger, BAT became the largest tobacco company in the world, beating Philip Morris. As of 2015, BAT’s revenue was $15.8 billion and Reynolds’ revenue was $10.7 billion.

The merger overshadowed by Trump’s inauguration is noteworthy because the global tobacco giants remain solid despite worldwide campaigns against smoking.

The number of smokers is consistently decreasing. According to the World Health Organization, the percentage of adult smokers fell from 25 percent in 2014 to 20 percent in 2015. While the tobacco market in the developed world is rapidly shrinking, markets in Africa and Southeast Asia steadily grow.

The mega merger revealed that global tobacco companies are actually becoming more sound despite the fact that smoking poses harm to health. Furthermore, they are working on their growth engines to develop next-generation products such as electronic and heating cigarettes. In fact, Philip Morris, the rival of BAT, has completed the development of heating tobacco that is less harmful to health than burning tobacco. It is awaiting FDA approval.

As governments raise tobacco prices and restrict tobacco companies’ marketing, they have excess cash. In Korea, the Park Geun-hye administration increased cigarette prices by 2,000 won ($1.75) two years ago, and the effect is controversial. As the margin of increase is mostly tax, sales of duty-free cigarette increased drastically. Cigarette imports were steady at $200 million to $300 million in the 2000s but exceeded $400 million last year. Tobacco companies were not impacted much.

The impact on the smoking rate was also insignificant. According to a market research agency, cigarette sales in 2015 drastically decreased from 85.3 billion units in previous year to 66.7 billion units. But sales bounced back last year by 9.3 percent (72.9 billion units were sold). The impact of the cigarette price increase lasted one year. The hard-working people who sought comfort in cigarettes to get over the stress from the Choi Soon-sil scandal last year effectively helped the Park Geun-hye administration to garner an additional tax revenue of 5 trillion won ($4.37 billion).

If a presidential candidate promises to lower the cigarette price and keeps the pledge after election victory, the number of smokers — especially the young ones who are sensitive to price — would increase. The typical harm to populist policy is inevitable. It is crucial to find smart nonsmoking policy to encourage smokers to voluntarily quit while not fattening the belly of tobacco companies.


*The author is a New York correspondent of the JoongAng Ilbo.