Lim a finalist in dance contest

Lim a finalist in dance contest 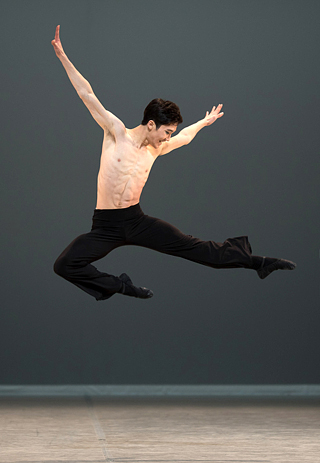 Universal Ballet announced Monday evening that Korean ballet student Lim Sun-u, 17, became one of eight finalists at the Prix de Lausanne 2017, which ended Feb. 4 in Lausanne, Switzerland. Lim, who is currently a junior at Sunhwa Arts High School, will be awarded a one-year scholarship to study at one of the 68 prestigious partner schools and companies of the Prix de Lausanne.

This year’s Prix de Lausanne, an annual international dance competition for young dancers seeking to pursue a professional career in classical ballet, attracted promising dancers from across the globe. A total of 67 candidates participated and among 20 candidates for the finals, eight were chosen, which included Lim.

Lim performed a solo variation from the second act of “Giselle” as a classical ballet piece and John Neumeier’s “Wrong Note Bag” for a contemporary variation. Lim, according to the Universal Ballet, is one of the rising stars of Korean ballet, winning various international competitions including the first prize at the Seoul International Ballet competition in 2013. He also performed Billy Elliot in the Korean premiere of the hit musical in 2010.