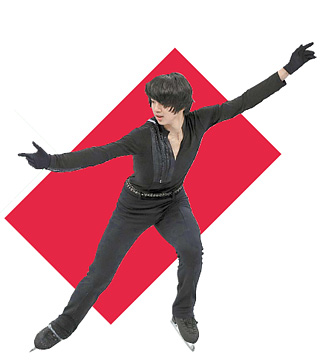 Who can claim the Olympic laurel and continue the legacy of Kim Yuna?

This is the question Korean fans have been anxiously waiting to answer since Kim decided to step out of the rink in 2014 after the Sochi Olympics. And now, with the 2018 Winter Games just a year away, a 15-year-old figure skating prodigy, Cha Jun-hwan, may hold all the cards necessary to answer that question.

Since Kim, a slew of figure skaters out of Korea have entered international competitions to gain the experience necessary. However, the consensus of experts is that many lack that final punch that makes all the difference between the podium and the sidelines.

Some younger skaters, such as 12-year-old You Young, may have the potential to climb the podium in the near future but their age limits them from bearing the Korean flag in Pyeongchang next year. Essentially, Cha, who is to advance to the senior level during the 2017-18 season, which qualifies him for the Olympics, will be the only skater with a high probability of wearing anything around his neck a year from today.

Cha’s appearance out of nowhere has revitalized the popularity of figure skating, which somewhat dwindled since Kim, especially since Cha is the only Korean who can pull off a quadruple jump, considered an absolute must to have any shot at the podium in international meets.

Just a couple of years ago, Cha could not execute any quadruple jumps, let alone a triple axel. But in winning the 71st National Figure Skating Championships last month with 238.07 points, a competition record, he nailed a quadruple salchow, and it became apparent that Cha has the skills necessary to compete against some of the world’s best.

“I think he’ll be poised to do really well at the Olympics,” said Brian Orser, Cha’s coach.

Still, experts advise the public not to put too much pressure on the young hopeful. “It’s true Cha is a brilliant skater with talent but we cannot expect that he is set to win a medal next year,” said a figure skating expert in Korea. Many expect Cha to fully bloom not in the 2018 PyeongChang Winter Games, but in the 2022 Beijing Winter Games.

In the men’s category, figure skaters such as Yuzuru Hanyu, the defending gold medalist from the 2014 Sochi Games and the world record holder, will stand in Cha’s way during the PyeongChang Games.