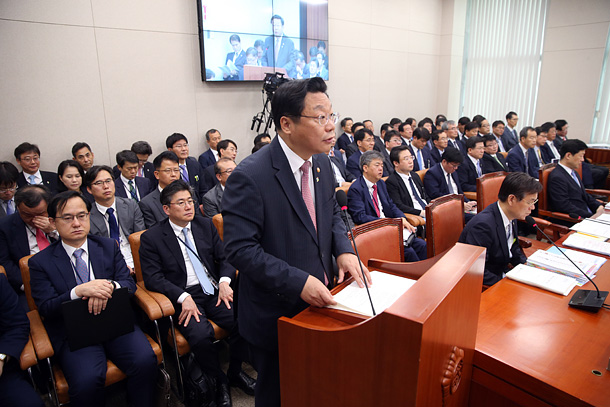 I couldn’t believe my ears when I heard a section chief at the Ministry of Trade, Industry and Energy left public service at the beginning of the year. He was the “ace” in the ministry. He was placed to oversee key issues and he always handled them clearly. He was promoted fast.

At the end of last year, however, he suddenly took sick leave. Later, I heard he took the leave not because of his health but as he had trouble with his boss over policy. After a month of absence, his resignation was processed. An official who worked with him said, “He said it was about time to leave. In fact, he often said he wanted to go to the private sector.”

Soon, I heard another senior official from the Ministry of Strategy and Finance moved to a private company. He was an elite with ample experience in international economy.

It is not unusual for public servants to move to the private sector. But it has become more common, and key elites are leaving. Even in the Ministry of Strategy and Finance, where top scorers in the civil exam are assigned, the Department of International Finance is the most coveted team. Elites prefer the department as they can handle professional tasks and build a global networks through posts at the International Monetary Fund and World Bank.

But last year, the department head and section chief from the Department of International Finance left. When other governments are recruiting talented people from the private sector to overhaul their organization in preparation for trade and currency war, Korean bureaucratic society is losing top workers.

What’s more serious is that their resignation is motivated by “skepticism over the public society.” It is inevitable that bureaucrats’ role in the Korean economy has been reduced as the private sector is leading the economy. But a president still remains “imperial” and the National Assembly wields unchallenged power. Caught between the two, bureaucrats are struggling to keep their honor.

Principles that the ministry had announced are often changed by order of the president. Public servants suffered deep, serious wounds in the aftermath of the Choi Soon-sil scandal and presidential impeachment. When an economic ministry official heard the president saying, “I feel painful with a sense of shame, wondering to myself if I really became the president for this,” he lamented, “It is not just painful but heartbreaking that we worked day and night for this.”

Now, the one who needs to comfort and assure the government and officials is Prime Minister Hwang Kyo-an, acting president. But his latest moves show he is more interested in popularity. If he decides to run for president, the baton goes down to Vice Prime Minister for the Economy Yoo Il-ho.

How much should the government be ridiculed and civil servants’ pride be crushed until society realizes the seriousness of the situation?