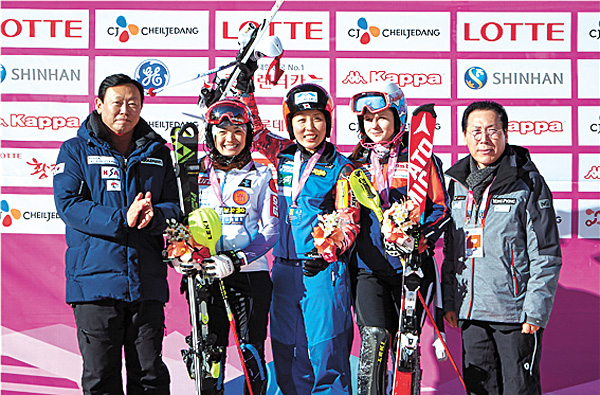 Lotte Group is proud to be an official sponsor of the 2018 PyeongChang Winter Olympics. The company will make use of its retail channels to contribute to a successful event.

The company has signed a memorandum of understanding with the PyeongChang Organizing Committee to be the official retailer of Olympic merchandise. It has also contributed about 60 billion won ($52 million) to test events and the Korea Ski Association (KSA).

To celebrate the test events this month, Lotte Department Store will also be operating a pop-up shop from Feb. 3 to 15 in the flagship Seoul location, from Feb.17 in the main Busan branch, from Feb. 24 in the Daegu branch, and from March 3 at the Hongdae el CUBE branch.

Moreover, companies like Lotte Duty Free, Lotte Chilsung, Lotte Confectionery and Lotte Rental are also participating as sponsors for the KSA. They are supporting the event and training fees for the athletes, as well as providing vehicles, beverages and food. The chairman of Lotte Group, Shin Dong-bin, who recently took office as the president of the KSA, plans to fund the association with more than 10 billion won by 2020.

Thanks to the support, the KSA has increased overseas training programs and improved its reward system for athletes.

Not only that, Shin has also provided support for skier Kim Magnus in the hopes that he will bring home Korea’s first Olympic gold medal in skiing, recruited athletes and coaches from abroad and signed MOUs with countries that have strong ski teams.

Last June, he was elected to the International Ski Federation (FIS) Council at the 50th FIS Congress in Cancun. He will promote the PyeongChang Winter Olympics and work to improve the Korean ski teams. Furthermore, he signed MOUs with ski associations in the United States, Canada and Finland, known for their world-class ski teams.

Shin recently announced that he will reward medalists as well as athletes who rank in the top six, in order to encourage Korean athletes to perform to the best of their ability.