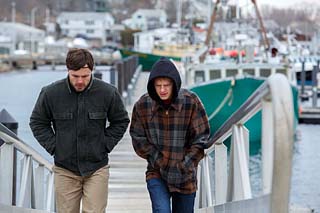 Casey Affleck plays a lonely apartment custodian named Lee Chandler, who heads to his hometown of Manchester, after hearing of his brother’s deteriorating health. He is unable to stay with his brother, who soon passes away due to heart failure.

He soon learns that he has become the guardian of his nephew, Patrick, played by Lucas Hedges. Lee attempts to go back to Boston with Patrick, a decision which the latter strongly resists.

Meanwhile Lee’s former wife Randi, played by Michelle Williams, contacts him and the past that caused him to leave Manchester slowly comes back to him.

The murder of a taxi-driver shocks Korea in this drama that unfolds while investigators work to uncover the truth of the crime. The only witness to the incident is teenager Hyun-woo, played by Kang Ha-neul, who succumbs to a pressing investigation by the police and admits to murder. Falsely convicted of murder, Hyun-woo spends the next ten years in jail.

Joon-young, a lawyer deep in financial debt, is played by Jung Woo. He attempts to turn his failing career around after hearing of Hyun-woo’s predicament, seeing this as an opportunity to earn fame and money. However, after meeting his client, Joon-young has a change of heart, as he remembers the reason why he became a lawyer in the first place. Together, the two team up to find the actual truth behind the killing.

Jung Woo has become a household name after starring in 2013’s hit drama “Reply 1994,” which landed him roles in “C’est Si Bon” and “The Himalayas.” Kang Ha-neul is a rising star, with appearances in dramas such as “The Heirs” and “Misaeng”. His previous movie “Dongju; The Portrait of a Poet” was a success, as he played Yoon Dongju, who dreamt of becoming a poet during Japan’s occupation of Korea. 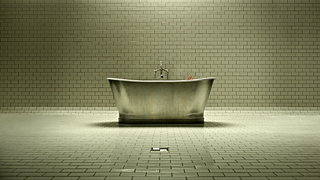 Dane DeHaan plays the role of an ambitious executive officer, Lockhart, who tracks his CEO to the Wellness Center located in the Swiss Alps, after the CEO leaves a mysterious letter behind before his disappearance.

Lockhart soon becomes suspicious about the Wellness Center, along with its supposed miracle treatments.

An unexpected accident leaves Lockhart in the Wellness Center, and he is diagnosed with the illness that the center provides a cure for. As Lockhart attempts to uncover the secrets of the center, more and more inexplicable happenings pop up around him.

Dane DeHaan is one of the most sought after actors of his generation, with performances from television and movies aiding his rise to fame. The young actor starred in “The Amazing Spider-Man 2,” as well as “Kill Your Darlings,” in which he featured alongside Daniel Radcliffe. 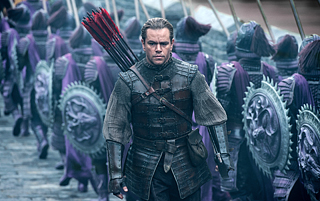 The most expensive Chinese film ever made, and Hong-Kong’s very own superstar Andy Lau’s first ever Hollywood film, this movie, joint-produced by Hollywood and Chinese studios, has blockbuster written all over it, with an estimated budget of $150,000,000.

Matt Damon is in the role of William Garin, a mercenary warrior who came to China to find black powder. However, he and his right-hand man Pero, played by Pedro Pascal, are attacked by mysterious beings who appear every sixty years, and lose their men due to the attacks. They meet the Nameless Order, a special force that aims to protect humanity from the beasts. When the Great Wall, the last line of defense, is threatened by the beasts, William and Pero join the Nameless Order to protect humanity.

This mega-budget movie is directed by Yimou Zhang, known for many Chinese action movies including “Hero” and “The Flowers of War,” in which the latter featured another Hollywood actor, Christian Bale. 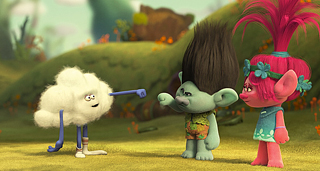 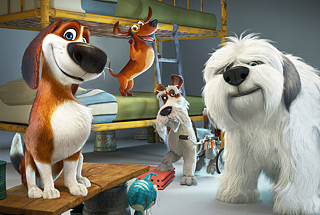 Ozzy is a beagle enjoying life, loved by his owners, the Martins. The Martins leave on a long trip, but there is bad news, there are no dogs allowed. Although disheartened, the Martins leave Ozzy in a high-quality canine spa called the Blue Creek, featuring a massage, handmade snacks, playtimes and a beautiful girlfriend. Things take a sharp turn when Ozzy realizes that the spa was a hoax, and was a front to capture dogs. Ozzy will be sent to the real Blue Creek, which is a prison for dogs, run by dogs. Together with his new-found friends, Ozzy attempts to escape the prison and return to the Martins.

This Spanish animated film won the Best Animated Feature in the Gaudi Awards, and was nominated for the Goya Awards and Cinema Writers Circle Awards, both for Best Animated Film.

As an ode to all the classic prison movies, the film throws witty tributes to great prison classics of the past, making it an animation for both children, and adults as well.

Christian Grey, played by Jamie Dornan, attempts to rekindle his relationship with Anastasia Steele, played by Dakota Johnson, who is pursuing a new career at a Seattle publishing house. However, Anastasia craves for a relationship that is completely different from their previous one. As Christian shows signs of change and confesses to the faults of his past, Anastasia slowly accepts him once again, and their passion and love continue from where they left off.

As the movie’s tagline states “every fairytale has a dark side,” there are people who know of the couple’s secrets and past, and threaten Anastasia.

Adapted from the novel, “Fifty Shades Darker” is the second installment in the trilogy, with the first and second novel having topped best-seller lists in the United Kingdom and the United States.

While the first film was a success, it was criticized heavily by fans and critics alike for its poor adaptation.

Fans of the series will be reassured, as both the director and screenplay writers have changed to James Foley and Niall Leonard.