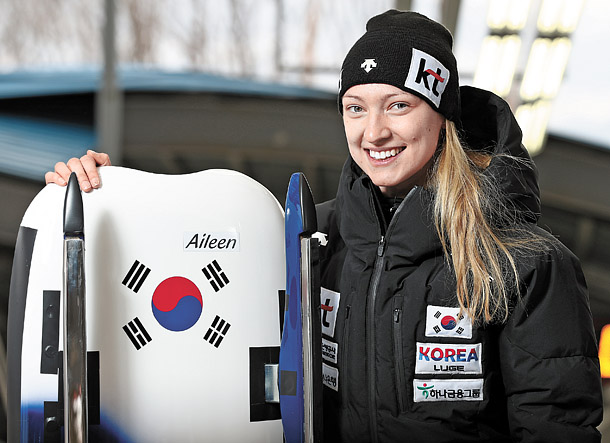 More than ten percent of the athletes competing for Korea at the 2018 PyeongChang Winter Olympic Games are naturalized athletes.

Aside from long and short track speed skating, Korea is not considered competitive in most winter sports. For this reason, the Korean Olympic Committee (KOC) granted Korean passports to 15 foreign athletes under special naturalization.

On the Korean men’s ice hockey team, six out of 22 members are naturalized citizens. With the addition of foreign players, the ice hockey team has shown significant improvements including winning a match against Japan for the first time in 34 years last year and recently getting a second win against Japan.

In the biathlon, Korea naturalized three athletes from Russia. Anna Frolina, fourth place finisher at the 2010 Vancouver Winter Olympic, was granted her Korean passport in 2016 after missing a spot on the Russian national team. Among the naturalized athletes, Frolina was selected as the most likely to win a medal at the 2018 PyeongChang Winter Olympic Games. 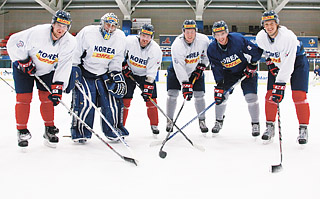 Aileen Frisch, German-born luge racer, also recently gained her Korean citizenship and will be representing Korea at the 2018 PyeongChang Winter Olympic Games. Frisch is another naturalized athlete to look out for at the Olympics as she was an outstanding junior luge racer from Germany, a luge powerhouse. She was approached by the Korea Luge Federation (KLF) after she missed the cut for the 2015-16 German national team and decided to retire from luge racing.

Naturalization of foreign athletes became more common since the fall of the Soviet Union. Lately, oil-rich Middle Eastern countries have been pushing to naturalize more foreign athletes to represent them at international sporting events. 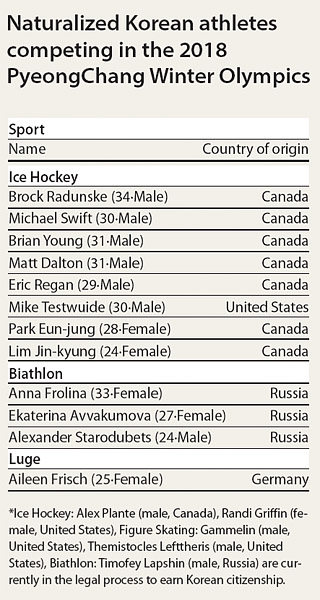 With the 2018 PyeongChang Olympics fast approaching, experts have both positive and negative opinions toward the naturalized athletes representing Korea.

However, Kim Yoon-kyum, physical education professor at Seoul National University, was not too keen on naturalized athletes saying that, “many athletes are rushing [to become naturalized Korean citizens] as the 2018 Winter Games is approaching. That being said, I don’t know if having the foreign athletes winning medals will help national unity.” Kim also added that since the athletes became naturalized Korean citizens after they were cut from their countries’ national teams, it’ll be hard to expect them to finish with medals around their necks.

“Since the majority of countries allow dual citizenship, many worry that the athletes will go back to their countries after the Olympics,” sports commentator Choi Dong-ho said.