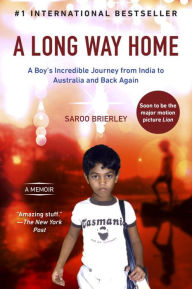 A Long Way Home: A Memoir

This is the miraculous and triumphant story of Saroo Brierley, a young man who used Google Earth to rediscover his childhood life and home in an incredible journey from India to Australia and back again...

At only five years old, Saroo Brierley got lost on a train in India. Unable to read or write or recall the name of his hometown or even his own last name, he survived alone for weeks on the rough streets of Calcutta before ultimately being transferred to an agency and adopted by a couple in Australia.

Despite his gratitude, Brierley always wondered about his origins. Eventually, with the advent of Google Earth, he had the opportunity to look for the needle in a haystack he once called home, and pore over satellite images for landmarks he might recognize or mathematical equations that might further narrow down the labyrinthine map of India. One day, after years of searching, he found what he was looking for and set off to find his family.

A Long Way Home is a moving and inspirational true story of survival and triumph against incredible odds. It celebrates the importance of never letting go of what drives the human spirit: hope. 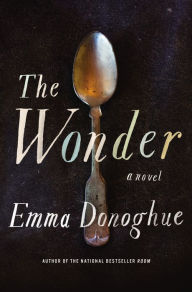 In the latest masterpiece by Emma Donoghue, bestselling author of Room, an English nurse brought to a small Irish village to observe what appears to be a miracle-a girl said to have survived without food for months-soon finds herself fighting to save the child’s life.

Tourists flock to the cabin of eleven-year-old Anna O’Donnell, who believes herself to be living off manna from heaven, and a journalist is sent to cover the sensation. Lib Wright, a veteran of Florence Nightingale’s Crimean campaign, is hired to keep watch over the girl.

Written with all the propulsive tension that made Room a huge bestseller, “The Wonder” works beautifully on many levels - a tale of two strangers who transform each other’s lives, a powerful psychological thriller, and a story of love pitted against evil.

Donoghue’s ninth novel - her first historical story set in her homeland of Ireland - was a bestseller in Canada even before publication, and was shortlisted for the Giller Prize.

The book’s popularity has soared and it is soon to be translated into Spanish, Italian, German, Russian, Czech, Slovak, Polish, Portuguese, Brazilian Portuguese and Danish. 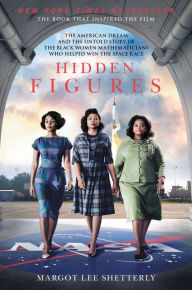 Hidden Figures: The American Dream and the Untold Story of the Black Women Mathematicians Who Helped Win the Space Race

Before John Glenn orbited the earth, or Neil Armstrong walked on the moon, a group of dedicated female mathematicians known as “human computers” used pencils, slide rules and adding machines to calculate the numbers that would launch rockets, and astronauts, into space.

Among these problem-solvers were a group of exceptionally talented African American women, some of the brightest minds of their generation. Originally relegated to teaching math in the South’s segregated public schools, they were called into service during the labor shortages of World War II, when America’s aeronautics industry was in dire need of anyone who had the right stuff.

The book chronicles their careers over nearly three decades as they faced challenges, forged alliances and used their intellect to change their own lives, and their country’s future.