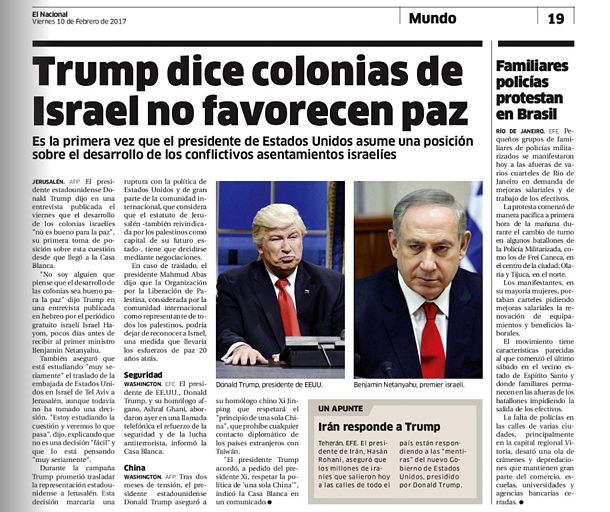 El Nacional published an apology on Saturday after mistakenly running a photo of the actor doing his impression of the U.S. president on “Saturday Night Live” instead of Trump himself.

Accompanying an article in its Friday edition headlined in Spanish: “Trump says settlements in Israel don’t favor peace,” a photo of a scowling Baldwin in a blond wig appears next to a photo of Israeli Prime Minister Benjamin Netanyahu.

In a statement posted on its website, the Dominican newspaper said a photo of Baldwin imitating Trump - over the caption “Donald Trump, president of the USA” - was published on page 19 and the mistake went unnoticed by the newspaper’s staff.

“El Nacional apologizes to its readers and anyone [affected] by the publication” of the photo, the statement said.

Trump has lashed out at the way “Saturday Night Live” has lampooned him, saying Baldwin’s semi-regular portrayal of him “stinks.”