The judiciary’s time has come

The judiciary’s time has come 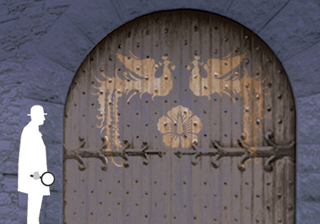 Robert Einhorn, former special advisor for nonproliferation and arms control at the U.S. Department of State, visited me last April. He was an advisor to Hillary Clinton and I asked him what his position was on the growing demand in South Korea for the development of our own nuclear weapons. Einhorn said it would be a foolish choice. I mentioned the remarks by Donald Trump, who was running in the Republican primary at the time, that he would allow a nuclear-armed South Korea and Japan. Einhorn scoffed that Trump would never win the election. Even if he did, he predicted, the American system could control him.

Einhorn’s first prediction was obviously wrong as Trump won the election. Now, his second prediction remains uncertain. After the acting attorney general protested his executive order on immigration, which temporarily prohibits the entry of citizens of seven Muslim-majority countries, Trump fired her in the middle of the night. U.S. District Judge James Robart in Seattle temporarily blocked Trump’s executive order, and then an appeals court upheld his ruling. And yet, Trump is still running the country in his own way and Professor Francis Fukuyama fears for democracy’s future.

It is, however, hopeful that the American system once stopped the madness of a president. The Supreme Court unanimously ordered President Richard Nixon to hand over the White House tapes to an independent counsel on July 24, 1974. Nixon argued that the conversations between the president and his aides must be kept secret for smooth and effective operation, but his argument for immunity was not accepted. Four judges, including Chief Justice Warren Burger, were appointed by Nixon. But all eight judges on the bench unanimously ruled against him.

Through the “smoking gun tapes,” it was revealed that Nixon ordered a halt to a Federal Bureau of Investigation probe into the Watergate scandal. Ahead of a Senate impeachment voting, Nixon announced his resignation on Aug. 8, 1974.

Nixon’s firing of independent counsel Archibald Cox, who demanded the tapes, was called the Saturday Night Massacre. Attorney General Elliot Richardson, a Republican who had promised independence to the special prosecutor, refused to follow Nixon’s order to dismiss Cox and resigned. Deputy Attorney General William Ruckelshaus also resigned. Nixon, then, ordered the Solicitor General, who was acting head of the Justice Department, to fire Cox.

The succeeding attorney general, William Saxbe, appointed Leon Jaworski as new special prosecutor and promised the independence of the probe. Jaworski also demanded the tapes. Nixon made an appeal to the Supreme Court as a last chance, but it failed. The American system controlled the madness of a president because the justice system did not try to please the president or any political factions and they protected the principle of equality before the law.

Our situation, however, is not as cheering. Participants in candlelight vigils and supporters of impeached President Park Geun-hye are holding parallel rallies beating their respective drums. An independent counsel’s plan to raid the Blue House was rejected. The Blue House said it was obliged to protect military secrets. Prime Minister Hwang Kyo-ahn, the acting prime minister, said the decision was beyond his authority.

A local court issued a lawful search and seizure warrant, and the Blue House’s rejection ignores the Constitutional principle of the separation of powers. It is an obstruction of justice. If the president is innocent, she must allow the raid to prove her innocence. If the raid and questioning of the president take place, controversies surrounding Choi’s influence over the president and Park’s mysterious disappearance during the seven hours in which the Sewol ferry’s sinking will be resolved.

Various rumors are making the rounds. Justice Lee Jung-mi’s retirement will reduce the judges on the Constitutional Bench to seven after March 13, and rumors are spreading that the impeachment will unlikely be upheld by the court. Rumors are also spreading that the judges, depending on who appointed them, will be affected by politics. This is an attack by people who want to rattle the Constitutional Court at all costs.

The Constitutional Court is responsible for the impeachment trial because it needs to resolve the issue legally and because it cannot be resolved politically. A legal judgment must be free from political compromise or personal feelings. It is a black or white decision.

Although the U.S. Supreme Court had four judges appointed by Nixon, its eight judges unanimously protected the country’s democracy at the expense of Nixon’s career and reputation in history. Whether it is the Constitutional Court or an administrative court, the judiciary needs to rule solely on the law to end our political vacuum. This is a great opportunity to prove that our justice system is as healthy as that of the United States. Expectations are high that Korea’s democracy will be protected.


*The author is the chief editor of the JoongAng Ilbo.