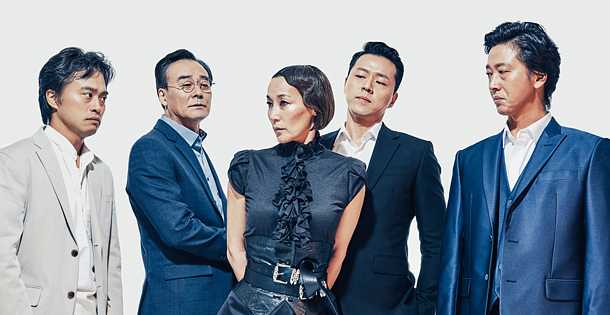 A tragedy written by the Greek playwright Euripides, “Medea” gets a modern interpretation and springs into life through the innovative production of Robert Alfoldi at the Myeongdong Theater in Jung District, central Seoul, starting on Feb. 24.

The play centers around Medea, former princess of a kingdom called Colchis. After her husband Jason leaves her for a Greek princess of Corinth, Medea takes vengeance by killing Jason’s new wife and her own children.

“‘Medea’ is a very passionate love story,” said Kim Yun-cheol, artistic director of the National Theater Company of Korea, during the press conference held on Feb. 13, “it is a piece that I wanted to put on stage ever since being appointed artistic director in 2014.”

Although it didn’t fare well with Euripides’ contemporaries, the play has been a mainstay since the 20th century, due to renewed interest in the struggles of women in a male-dominated society after the emergence of the feminist movement.

Hungarian director Robert Alfoldi mesmerized domestic audiences last year with his rendition of Shakespeare’s “The Winter Story,” and is gearing up for his second production with the National Theater Company of Korea.

“A lot of people have doubts about classical plays, because they feel that it will be challenging to sympathize with people of the past. They shouldn’t fear this tragedy because it is about the interaction between people, and emotions that everyone is faced with even to this day.”

Lee Hye-young, cast in the lead role as Medea, has proven her prowess in theater after her performance as Arkadina in Anton Chekhov’s “The Seagull” which recorded a historic sellout last year.

“As an actor, playing ‘Medea’ is a once-in-a-lifetime event. It made me look back at my life as a female, as a mother, and as a human being.

“You really get to understand Medea - her passionate love, pain and vengeance is all understandable. After that, it wasn’t too hard to portray Medea - it was all performed with true emotions.”

Regarded as a godmother of Korean fashion, this is Jin Tae-ok’s first venture in designing theater costumes. The pioneer has spent more than 50 years in the fashion industry.

“If you want to witness a beautiful play, a very passionate play and want to watch a story of passionate love - come and see ‘Medea,’” concluded Alfoldi.