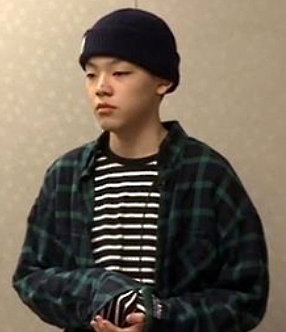 “High School Rapper,” a new TV rap audition program, is reeling from controversy on Monday over allegations that a student contestant had attempted to solicit prostitution in the past.

Producers of the show, which premiered on cable music channel Mnet last Friday, said in a statement that Chang Yong-joon “deeply regrets his immature actions from his younger days,” and added the contestant decided to drop out of the show.

“We apologize for offending and causing concern to our viewers. We will do our best to produce a show that can exhibit the dreams and talents of high school student,” the producers said.

“High School Rapper” is Mnet’s new audition show that pits the country’s top teenage rappers against each other.

But over the weekend, buzz over the Internet soon changed into condemnation after several posts surfaced suggesting that Chang tried to solicit sex through Twitter.

In a handwritten letter, Chang apologized for what he described as “his wrongdoing.”

“I apologize to my friends and family who I hurt through my immature words and actions,” he said, but denied claims that he actually bought sex through social media.

“I apologize for spewing degrading words through Twitter but I have never had any kind of meeting through such means,” Chang said.

The fallout has spilled over to his father, Rep. Chang Je-won of the conservative Bareun Party. The lawmaker has resigned as party spokesman and chairman of the party’s Busan committee after allegations against his son surfaced.

Starting this week, Mnet plans to cut all of Chang’s appearances in the program. The new edit will likely affect the outcome of the competition.

“Future rounds will proceed through consultation with the show’s mentors,” an Mnet official said.

Producers said they have not learned of other troublesome allegations regarding contestants and said they will speak closely with the parents on such issues.