Lydia Ko is an all-new player

Lydia Ko is an all-new player 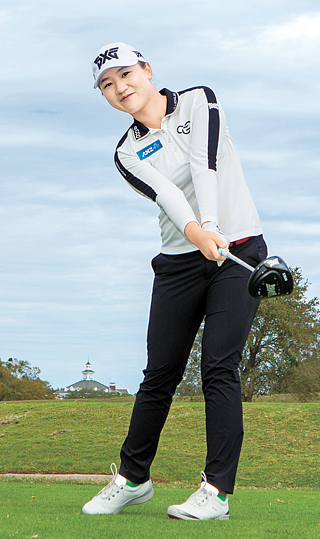 Lydia Ko, the top-ranked female golfer in the world, will start her season at the ISPS Honda Austrailian Open starting on Thursday with her new swing and a new set of clubs.

“I want to see the improvements I’ve made at the Australian Open this week,” Ko said.

Towards the end of the season in 2016, Ko changed everything except her name. Her first change started in October as she split with Jason Hamilton, Ko’s caddie for two years, when she still had three tournaments remaining. In December 2016, after the season, Ko announced her decision to split from her coaches of three years, David Leadbetter and Sean Hogan. On top of that, she signed a contract with PXG Golf during the offseason and changed her equipment from Callaway golf.

Many players make minor changes to their swing or equipment during the off-season, but not many players change everything.

“A lot of the people around me were worried about my decisions, but I think I made the right decisions,” Ko said.

Since Ko’s debut in the Ladies Professional Golf Association (LPGA) in 2014, she has been well known for her computer-like accuracy. She had won three tournaments in 2014, five in 2015 and four in 2016. Ko has won two major women’s golf tournaments, the Evian Championship in 2015 and ANA Inspiration in 2016.

However, despite her outstanding statistics, Ko has never won the player of the year award or the LPGA Vare trophy, an award given to the player with the lowest scoring average for the season.

“I thought I needed a change because I was losing consistency in my shots,” Ko said. “Rankings and results aren’t the only things I look at.”

For these reasons, Ko named Gary Gilchrist as her new coach in January 2017. With the announcement, Ko has been training at the Reunion Resort in Orlando, Florida during her offseason in January.

Under Gilchrist’s coaching, Ko made her first change in her address. She lowered her right shoulder and raised her left hip for a smoother weight transfer in her backswing and to produce more power upon impact.

When she was coached by Leadbetter, she used to have an “A swing,” where she had a weaker right-hand grip and lifted the club using her left hand for an upright swing. The A swing helped in distance, but did not help much with the accuracy of the shots.

Now, rather than lifting her club, she takes the club back more smoothly until she starts cocking her wrist.

“Quick wrist rotation to prevent missed shots led her to produce bigger misses like a slice or a hook in the past,” Ko Gil-hong, Ko’s father said. “With the change, her shots are more consistent.”

“I try to focus on my goals rather than the results and rankings in statistics,” Ko said. “Once my shots get more accurate like they used to be, scores will drop.”