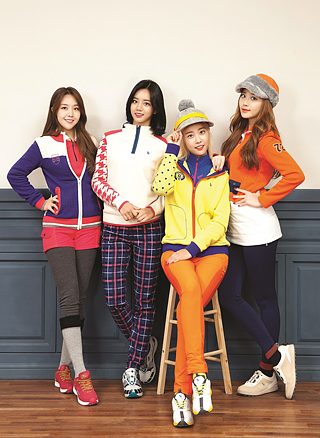 K-pop group Girls’ Day is getting ready to make their anticipated comeback sometime this spring.

After multiple delays to their upcoming album, the girl group’s record label DreamT Entertainment said that the group is aiming for a release in late March or early April.

“Girls’ Day is currently recording their new songs,” said the company on Tuesday. “The title track, however, has still not been decided and their exact comeback date is not set in stone.”

The girl group’s upcoming release would be their first in two years since their previous studio album “Love Second Album” dropped in 2015.

Girls’ Day debuted in 2010 as a five member group with their first single “Kyawooddung.” The group rose to mainstream success after they reformed as a quartet and released their hit song “Expectation” in 2013.

The group members have been focusing on their individual careers since their last promotional single “Ring My Bell” in 2015. Group member Hyeri starred in the hit tvN drama “Reply 1988” (2015) which led to her being cast in the SBS drama “Entertainer” the following year. Bandmate Minah also kicked off her acting career, appearing in the lead female role in SBS drama “Beautiful Gong Shim.”