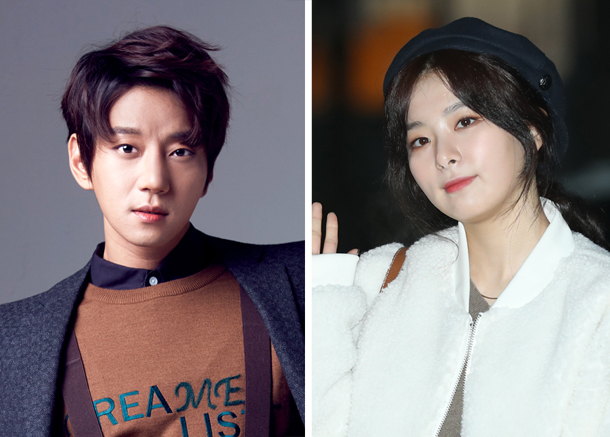 Singer Hwang Chi-yeul is releasing a new single with singer Seulgi of Red Velvet this month.

The two will be releasing the track as the third and final song to be released from Hwang’s collaborative music project “Fall, in Girl.” The singer previously released a duet with GFriend member Eunha for the song “Firefly” and later with Mamamoo member Solar for their song “Mellow.”

Additionally, in a recent live stream by the singer on Naver’s V app, he also confirmed an upcoming album.

“I met with many songwriters, and even have a self-written song as well,” he said.

The singer is currently a host of the KBS2 music program “Immortal Songs” and a former contestant of the Chinese music show “I Am a Singer.”

His duet partner is currently in the promotional rounds for her group’s latest single “Rookie,” which was released earlier this month.