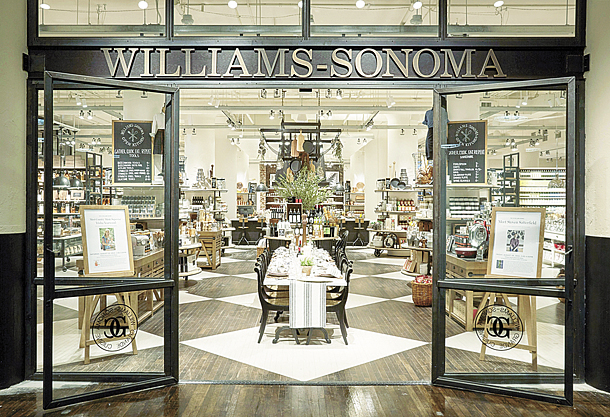 Williams-Sonoma, a premium U.S. kitchenware and home furnishings retailer, will launch in Korea in the first half of this year through a franchise agreement with Livart, Hyundai Department Store’s furniture arm.

Livart will have exclusive rights to sell four of the eight brands under Williams-Sonoma -Williams-Sonoma, Pottery Barn, Pottery Barn Kids and West Elm - in the form of independent stores, shop-in-shops and e-commerce for 10 years. Livart said it plans to open more than 30 stores through the retail infrastructure of Hyundai Department Store.

Williams-Sonoma, the eponymous brand under the California-based home furnishings giant, is dedicated to premium cookware, kitchen appliances and utensils. It is the brand’s first time in Asia.

“Brands of Williams-Sonoma are already well known to domestic consumers so much, as they either directly purchase from the company’s online platform or bring the items from the U.S. directly, which is why we decided to bring in the brand,” said a Hyundai Department Store spokesperson.

The first store of Pottery Barn and Pottery Barn Kids will be a combined one at Garden Five branch of Hyundai City Outlet in Songpa District, southeastern Seoul in the first half of this year. The store will occupy 947 square meters (10193 square feet) on the first floor. West Elm will open on the second floor, taking up 700 square meters. Williams-Sonoma will open at the Mokdong branch of Hyundai Department Store.