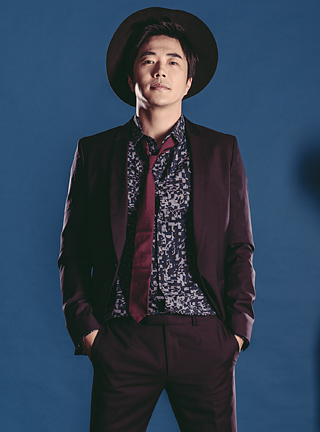 Actor Kwon Sang-woo is returning to the small screen for the lead role in the upcoming KBS2 drama “Queen of Mystery.”

The show was described as a mystery drama. Kwon will take on the role of Han Wan-seung, a hardboiled ace detective and member of the drug squad. He will be teaming up with the master of deduction, Seol Ok, (played by actress Choi Kang-hee) to solve difficult cases and also provide comfort to victims.

The two lead characters, although complete opposites when it comes to their personalities, come to appreciate each other’s abilities and become the perfect partners. The producers said that rather than a budding romance, the two will form a fun buddy cop relationship.

Kwon’s return to television comes three years after his role in the 2014 drama “Temptation.” Additionally, the actor is joining his co-star Choi for the first time in sixteen years. The two starred together in the 2001 SBS drama “Myth.”

Kwon is regarded as one of Korea’s leading actors, having starred in successful television series such as SBS’ “Stairway to Heaven” in 2003 and “Big Thing” in 2010. The actor appeared in a number of Chinese productions in recent years, most notably having co-starred alongside Jackie Chan for the 2012 film “CZ12.”