Yakult set to start sales of desserts on demand

Yakult set to start sales of desserts on demand 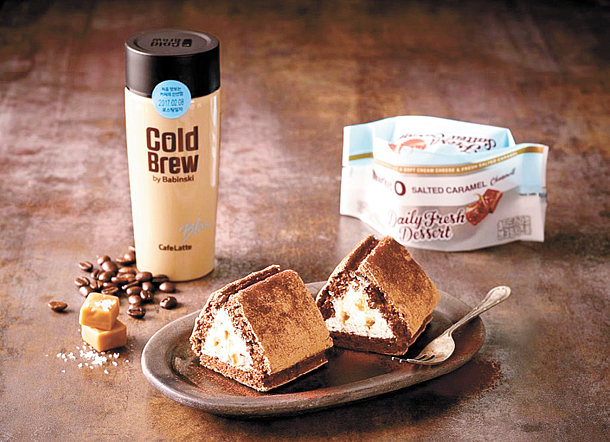 Korea Yakult, the company famous for its eponymous yogurt drink and the so-called Yakult ajumma who sell them on the street, will soon offer dessert sets in partnership with Korean confectionery Orion.

The sets will pair Yakult’s Cold Brew brand Americano or latte with Orion’s dessert products, including brownies and cream roll cakes, both best-sellers from the confectionery’s dessert cafe in Gangnam District, southern Seoul.

Orion developed packaged versions of the desserts for the partnership with Yakult.

The sets will be available for purchase starting Monday on Korea Yakult’s website and through the company’s ubiquitous Yakult ajumma, who sell and deliver Korea Yakult products on the street via rolling refrigerators. It will be the first time the Yakult ajumma are selling desserts since they first began delivering yogurt door to door in the 1970s.

Originally renowned for its fermented beverages and dairy products, Korea Yakult made a bet on the coffee market last year with its premium coffee line called Cold Brew.

It was a success, having sold over 13 million units in the first six months. The products have been especially popular among younger consumers, who have a keener taste for coffee than fermented drinks.

“The dessert set is another effort to familiarize our brand with younger consumers,” a Korea Yakult spokesman said. “In fact, the idea came from Yakult ajumma who told us there were people that asked if they had desserts or snacks that they could eat with the coffee.”

For Orion, the Yakult ajumma offer a retail channel for fresh desserts.

The company is hoping to strengthen its image as a premium dessert brand, but its existing premium dessert line, Market O, does not include fresh desserts that require cold storage. With the Yakult partnership, Orion will be able to sell them.