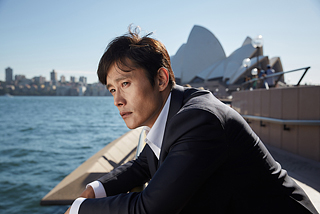 Lee Byung-hun plays a branch manager at a stock company named Jae-hoon, who has a stable job and a regular family. He leads a successful life, although his family is currently in Australia. One day when an incident concerning bad credit almost destroys his company, things fall apart for Jae-hoon and he decides to head to Australia, where his family is based. When he see his wife, Soo-jin, played by Kong Hyo-jin, moving on without Jae-hoon in her life plans, he suddenly disappears without a trace. This story depicts the life of a man who suddenly loses everything, and uncovers the truth behind the incident.

Lee Byung-hun is one of Korea’s top actors, known for his roles in “Joint Security Area,” “The Good, the Bad, the Weird” and “I Saw the Devil.” The actor has also been successful in Hollywood as well, with roles in “Terminator Genisys,” “The Magnificent Seven” and “G.I.Joe: The Rise of Cobra.”

It’s troubling for an actor to get into character in any movie. When an actor needs to play 23 characters in a single movie, the circumstances will be much tougher. James McAvoy, the talented actor known for his role as Professor Xavier in the X-Men series, does just that and more, as he is tasked with playing 24 identities in this horror film.

Three children, Claire, played by Haley Lu Richardson, Casey, played by Anya Taylor-Joy, and Marcia, played by Jessica Sula, are on their way to Claire’s birthday party. Things take a wrong turn however, when a man named Kevin, one of James McAvoy’s personalities, gets in to the car and knocks the girls out with some kind of toxin.

The children, locked inside a room in an unknown location, attempt to get out from their captor, but every interaction with James McAvoy is met with different personalities. They need to figure out which identity will help them escape this monster of a captor, and which identities will deter them from getting out. 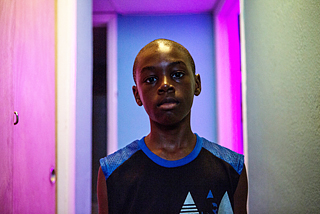 Heralded as one of the best depictions of African-American life in recent years, eight Academy Awards nominations and a handful of Golden Globes is proof of the power this film’s commentary has.

Much of the story follows closely the lives of director Barry Jenkins and writer Tarell Alvin McCraney. Both grew up in the same neighborhood in Miami, having a similar childhood to protagonist Chiron.

The story of protagonist Chiron is told from three different points in his life - his very early years, his teens and his young adulthood. Each point in life gives a deep insight to the time period, such as Miami during the “war on drugs” period, and shows how the young boy reacts and responds to the circumstances he is placed in. His struggle for self-discovery and connection is tied to the rough neighborhood of Miami.

For a movie so critically acclaimed, it’s hard to believe that “Moonlight” is only director Barry Jenkins’s second full-length feature film to date. Chiron is played by three different actors for the different times in his life, with Alex Hibbert playing the young Chiron, Ashton Sanders playing the teenage Chiron and Trevante Rhodes playing young-adult Chiron.

The film also features Naomie Harris, known for “Mandela: Long Walk to Freedom”, and Janelle Monae, who won over the public and critics with a breakout performance in “Hidden Figures.” 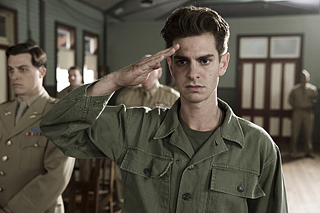 War entails many deaths and injuries. Known as angels of the battlefield, medics run around combat zones with medical supplies rather than firearms, rescuing their countrymen from the brink of death. One man who dedicated his life to this endeavor was the first conscientious objector to receive the Medal of Honor through his actions in the Battle of Okinawa, and the story of combat medic Desmond Thomas Doss is coming to theaters, reborn on screen by actor Andrew Garfield.

Raised as a devout Sabbath-keeping, nonviolent Seventh-day Adventist by his mother, Doss entered military service but refused to kill an enemy soldier or carry a weapon into combat. By becoming a medic, he was able to bypass firearm training, a mandatory drill in the military. Though humiliated and insulted by fellow soldiers and put on trial by the military court, Doss stood by his beliefs, and entered into battle without firearms.

Often portrayed as secondary members in war, “Hacksaw Ridge” casts a new spotlight on the often forgotten members of the battlefield.

A journalist specializing in exposing conglomerates for their misdeeds and corruption, Dae-ho, played by Ko Soo, attempts to find his son who was kidnapped three years ago through lucid dreaming. A lucid dream is a dream during which the dreamer is aware of dreaming, and the dreamer may be able to exert influence over the dream’s characters and narrative. Through the dreams, Dae-ho attempts to find traces and evidence of the culprit.

In the dreams Dae-ho sees a man with a tattoo on his right arm, a suspicious man taking photographs and a mysterious character that appears in all of the dreams. With the help of veteran detective Bang-sub, played by Sol Kyung-gu, and psychiatrist So-hyun, played by Kang Hye-jung, the evidence all points to one man.

Ko Soo is one of Korea’s most distinguished actors, starring in films such as “The Front Line” and “Haunters.”

For Chinese actor and director Stephen Chow, the sky is the limit. Having cemented his status as China’s go-to actor for main roles, he has changed his position to being behind the camera. He hasn’t given up success one bit, directing movies such as “Shaolin Soccer,” “Kung Fu Hustle” and “Jump” and experienced widespread success both in and out of China. “The Mermaid” didn’t only add to Stephen Chow’s catalogue of films, it has been the most successful, raking in more than six hundred billion won ($526 million) in its first month.

The story follows a mermaid named Shan, played by Lin Yun, who lives peacefully in the waters of China, in the Green Gulf. When a business tycoon Liu Xuan, played by Deng Chao, purchases the Green Gulf and uses sonar technology to get rid of marine life in the area, the mermaids’ livelihood is destroyed. Blaming Xuan for the predicament, the mermaids send the beautiful Shan to seduce and assassinate Xuan, but things backfire as the two fall in love. Their romance is short-lived, as Xuan’s business partner Ruolan, played by Zhang Yuqi, attempts to kill Shan out of jealousy. 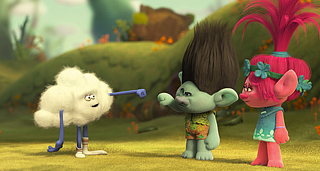