Young girls live through horror together : ‘Snowy Road’ highlights the agony felt in the daily lives of teenage ‘comfort women’

Young girls live through horror together : ‘Snowy Road’ highlights the agony felt in the daily lives of teenage ‘comfort women’ 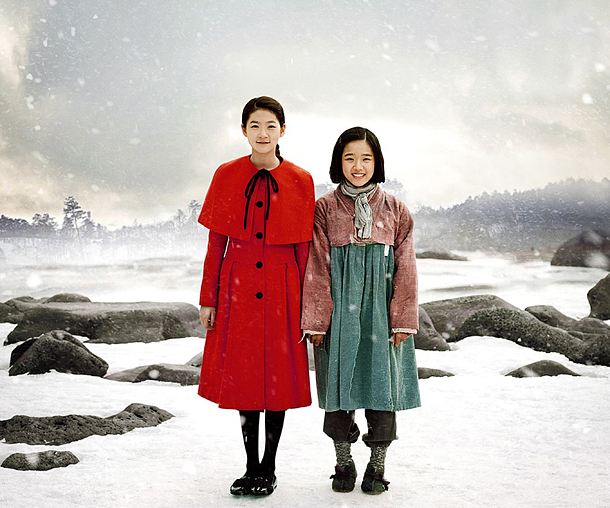 Even after decades, the political tensions between Korea and Japan regarding the issue of the so-called comfort women are as strong as they have ever been. Koreans still demand a sincere apology from Japan to the women who were victims of sexual slavery by the Japanese military during World War II. As only 39 comfort women survivors are still alive, an uptick of documentaries and movies about the victims and their stories have been filmed in recent years, including “Snowy Road.”

Directed by Lee Na-jeong and starring actresses Kim Hyang-gi and Kim Sae-ron, “Snowy Road” originally aired on KBS in 2015, but has been reedited to be released in theaters next month. The story, which takes place in 1944, while Korea was under Japanese colonial rule (1910-45), follows two teenage girls: Yeong-ae, who comes from a rich family, and Jong-bun, who cannot afford to go to school. Though they lived completely different lives, their fates become intertwined when both are dragged away and forced to serve the Japanese military.

While many films about comfort women focus on the pain that the victims experienced, “Snowy Road” diverges from that pattern. Instead, the film concentrates on friendship and shows how the captured girls depended on each other to survive hell-like environments, where they were used with no mercy. Even without featuring explicitly sexual scenes, the movie still manages to depict the agony suffered by the girls. In short, the simple humanity of the story line makes the girls’ pain more heart-wrenching.

“Since the two actresses are underage, the screenwriter (Ryu Bo-ra) and I were very careful while working on the movie,” said the filmmaker during a press preview held in Seongdong District, eastern Seoul, earlier this week. “I mulled over ways to deliver the message without having to hurt the actresses’ feelings, which I did by trying to avoid placing assailants and victims in the same scene. Another reason I didn’t include sexual scenes is because I feared translating the story in a way that makes a spectacle of the unresolved issue could hurt the actual victims. Most importantly, I believed portraying the routines of the captured girls was itself a tragedy.” 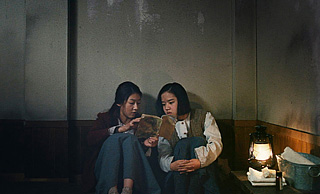 As much as the history entails controversy, it was not easy for the two stars to make up their minds to join the film.

“After reading the script, I thought the story unfolded calmly, making it more memorable,” said Kim Hyang-gi. “So I decided to join, hoping that more people would learn of the history and with the hope of being able to comfort the victims even a little bit.”

Kim Sae-ron felt similarly. “At first I couldn’t easily decide whether I should take part in the film or not.

“I was very careful about everything. I wondered whether I would be able to act out [the history]. However, I [did it] because it is a story that everybody should know and I thought if not me, someone else would have to.”

It turned out to be a good decision, especially for Kim Sae-ron, as she was honored as Best Actress in the 24th China Golden Rooster & Hundred Flowers Film Festival, where “Snowy Road” also nabbed the Best Picture award. Other events that recognized the story included the 67th Prix Italia, 16th Jeonju International Film Fesival and 18th Shanghai International Film Festival.

With a number of low-budget historical films performing well in recent years, like last year’s “Dongju; The Portrait of a Poem” and “Spirits’ Homecoming,” another movie about comfort women that sold a surprising 3.58 million tickets, it remains to be seen how many people the upcoming “Snowy Road” will attract to cinemas.

The historical film will be released nationwide on March 1st, also known as Independence Movement Day, a national holiday that celebrates one of the earliest and largest displays of Korea’s defiance to the rule of imperial Japan.

Meanwhile, another documentary about comfort women is scheduled to hit theaters next month. Titled “The Apology,” it depicts three comfort women from Korea, China and the Philippines, who are just a few of the more than 200 thousand women forced to serve the Japanese military during World War II. Directed by rookie director Tiffany Hsiung, its release date has yet to be announced.