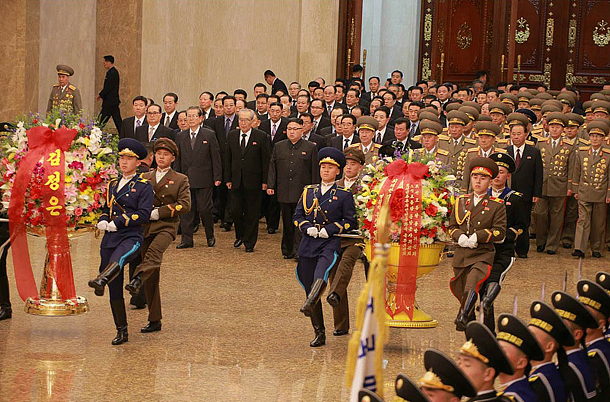 North Korean leader Kim Jong-un visits the Kumsusan Palace of the Sun, where the bodies of his father Kim Jong-il and grandfather Kim Il Sung, the nation’s founder, are interred, to commemorate the 75th birthday of his father, the Korean Central News Agency reported Thursday. North Korea’s media didn’t mention the death of Kim’s half brother Kim Jong-nam, who was assassinated on Monday morning in a Malaysian airport. [YONHAP]