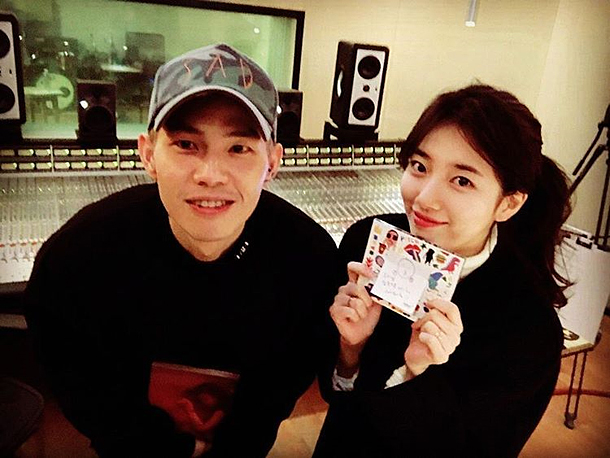 Singers Park Won and Suzy will unveil a new track this month.

The two teased their partnership with a photo of the two in a recording studio uploaded to Suzy’s Instagram on Thursday.

Park’s agency Makeus Entertainment said, “In late February, Park and Suzy will be releasing a collaboration, and the two have already completed the scheduling for the recording and filming of the music video.”

Park originally debuted as a member of musical group One More Chance in 2010, who are best-known for their hit song “I Think About You.” He released his first solo record “Like a Record” late 2015, and has since been involved in a number of DJing and television gigs.

Suzy also recently stepped up as a solo artist for the first time since debuting as a member of her girl group miss A in 2010. She released her record “Yes? No?” in January.