Pinning down Korean-ness through DNA

Pinning down Korean-ness through DNA 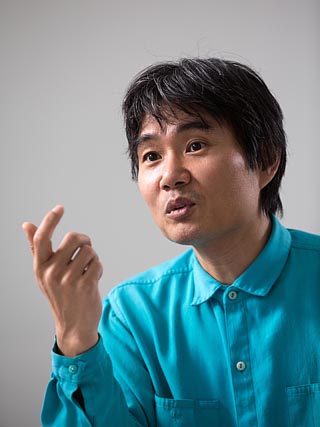 One researcher has a bone to pick with previous theories about the genetic origins of the contemporary Korean people.

Bhak Jong-hwa, a professor in the biomedical engineering department at the Ulsan National Institute of Science and Technology (UNIST) Genome Research Foundation, has been researching the origins of contemporary Koreans.

Park was part of an international research team - with members from Britain, Germany and Russia - that decrypted the genome of a 7,700 year-old skull of a woman discovered in Russia’s Far East. The skull was provided by Russia and research took two years. The UNIST research institute decrypted and analyzed the genome.

Since Park’s childhood, he wondered why people’s faces looked so different after wandering around the American Village in Cheonghak-dong, Yeongdo District, Busan. In the 11th grade, after hearing of Professor Luigi Cavalli-Sforza’s work on genetics, he was determined to work on research on population movements through the genome.

Park earned a doctorate in Bioinformatics from Britain’s Cambridge University, worked as a researcher at Harvard University and returned to Cambridge as a professor. In Korea, he worked at the Korea Bioinformation Center, Korea Research Institute of Bioscience & Biotechnology and the Theragen Etex Bio Institute.

Park’s final objectives are, “To treat the untreatable, to find a means to block aging and to give people the choice to live without suffering.” Park said, “This will become reality by 2040.”

Q. What do the results tell us?

A. We know that Koreans were formed from an admixture of peoples on the peninsula that hunted and gathered and the agricultural Southern Mongoloids that came from Vietnam passing through China.

The first person to shed light on population movements through genes, Luigi Cavalli-Sforza, a population geneticist and professor at Stanford University, speculated that Koreans were an admixture of Northern Mongoloids that crossed through Eurasia and Southern Mongoloids from Vietnam.

What were the decisive techniques behind this research?

When the bone was discovered, DNA extraction techniques were not developed so it was stored away. Going into 2010, we could research in earnest with the universalization of DNA extraction, genome decryption and big data analysis techniques.

Were there any difficulties?

Because the quantity of the ancient’s genome was lacking, we could not thoroughly analyze it. It wasn’t easy to locate personnel who resided in and researched pure science in Korea.

Are you saying there is a difference in opinion between West and East?

One sees in the West that southern agricultural peoples went northward and subjugated the hunter-gatherers in fierce population exchanges. If we compare the genomes, East Asians maintained similar genes and evolved. It is the same as archaeologically showing the East and the West’s societal and political differences.