Kidman reveals past engagement to Kravitz

Kidman reveals past engagement to Kravitz 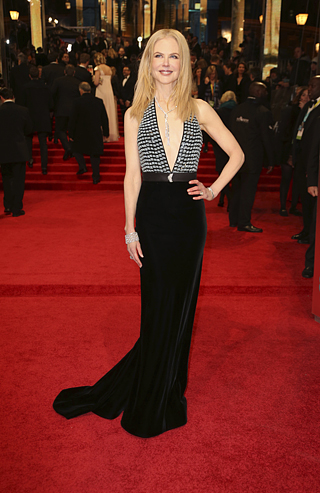 NEW YORK - Actress Nicole Kidman has revealed that she was once engaged to musician Lenny Kravitz.

Kidman confirmed the engagement with the rocker in a recent interview with Net-A-Porter’s magazine The Edit, in which she discussed her upcoming HBO series “Big Little Lies.” Kidman said she already knew co-star Zoe Kravitz because she was once engaged to her father.

Kidman dated Lenny Kravitz a couple of years after her divorce from actor Tom Cruise in 2001. She never disclosed an engagement, although she talked about a failed engagement in 2007 with an unnamed ex. She’s currently married to country singer Keith Urban.

In the interview with The Edit, Kidman said “it’s all in the family” when talking about working with Zoe Kravitz and said Lenny Kravitz is “a great guy.” AP