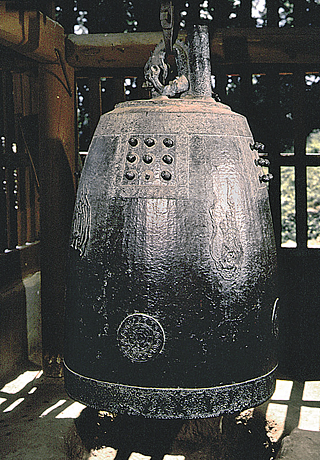 The top of the bell is shaped like a dragon with a magic bead in its mouth, moving the body energetically with the two feet solidly planted on the ground.

The bell has four dangjwa (the striking points on the bell).

Chinese characters on the body of the bell, which must have been inscribed later, state that the bell was made in 854 (the 16th year of the reign of King Munseong of Unified Silla), but the shape of the bell and patterns do not match those of said period.

Overall, the bell is in good condition, except for a crack on the top and broken ornamental embossing on the side.

It is regarded as one of the masterpieces among the existing bells dating back to the Goryeo Period.