Stepping up to fight for justice

Stepping up to fight for justice 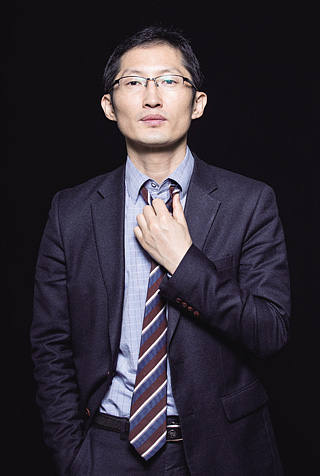 For whom does the law exist? This is where the new movie “New Trial” begins. Directed by Kim Tae-yun and starring Jung Woo and Kang Ha-neul, the film revolves around a framed teenage murderer (Kang) who is offered a retrial by a lawyer (Jung) after falsely serving his term. The drama, which has topped the local box office since its release on Wednesday, is in fact based on a real incident. In 2000, a taxi driver was brutally stabbed to death in Iksan in North Jeolla. A teenage witness was framed as a murderer. After fully serving 10-year sentence, a lawyer offered him a retrial, proving him innocent (although trial on the real criminal is still ongoing).

After the film, audiences may wonder who the lawyer they saw on screen is. Why did the lawyer bring up the complicated case and what was the motivation behind such strong determination? To listen to stories from behind the scenes, Magazine M met with 42-year-old lawyer Park Jun-yeong.

A few days before “New Trial” was released, Park’s face was flush with excitement. “The movie should be a box office success, but I feel a little pressured,” Park said with a laugh. When asked whether he invested in the movie, Park said, “Of course not. But since I was responsible for the case and my name is mentioned, I can’t watch it from an audience’s point of view. A lawyer should be able to sympathize with a client while keeping objectivity, but I’m not really good at that.”

The teenage suspect surnamed Choi was illegally arrested, confined and physically assaulted in the process of the police investigation, forcing the boy to make a false confession. Even when the actual criminal showed up, the prosecutor let the person go, refusing to accept their mistake. This was when Park was told about the case by an SBS reporter. Though Park did not volunteer to take the case to ingratiate himself with the CEO of a big law firm like his character in the film, Park said his motivation was driven from something very similar. 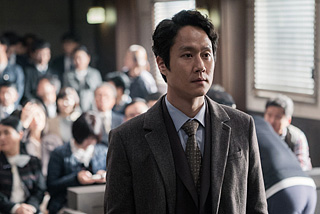 “There are similarities between myself and my character because I initially decided to take the case to become famous.”

Park, who is from Wando in South Jeolla, dropped out of university and joined the military. Seeing a senior soldier preparing for bar exam, he also decided to study for the exam, which he passed after five years. But even when he became a lawyer, the reality was not as bright as he had expected.

“Korean society stresses personal connections, which school you’re from and so on. For me, I had nothing,” Park said and continued, “In order to get acknowledged, I decided to work on meaningful cases to yield meaningful results. At first, I worked as a public lawyer. I put in my utmost effort to be acknowledged by justice department. In this sense, my motivation was similar to that of the character’s from the movie.”

Seeing the agony of those who could not afford a lawyer made him put public interest before personal interests. By working for them, he saw their pain and learned of the flaws in the system. But, working pro-bono led him to have to file bankruptcy. Due to the prolonged trial, he could not pay rent for his office, which was a serious problem for him, a father of three children. That led him to posting his story online in search of funding, leading to more than 500 million won ($436,300) in donations.

Seeing the film, the lawyer felt remorse for the initial greed behind his motivation to begin the case, which was for his own sake. Though some may find the ending a little incomplete, Park says that is how it should be.

“Just because the boy was proved to be innocent doesn’t mean everything is over. The first trial on the actual criminal is still ongoing though the criminal is denying the charges. Also, police, prosecutor, judge and public attorney that all charged the wrong boy as guilty never apologized. You can’t put a happy ending on the case that is still ongoing.”