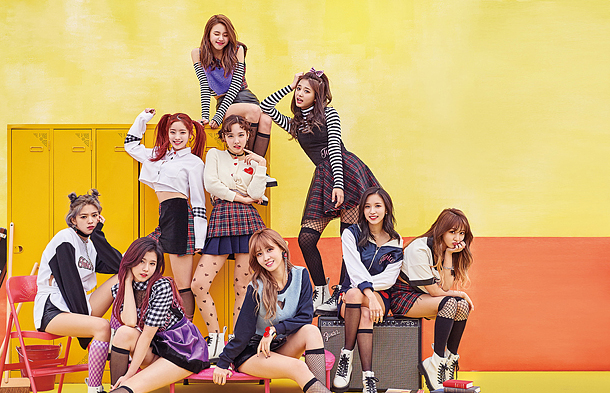 K-pop powerhouse Twice dominated the charts with the release of their highly-anticipated single off their latest record “TWICEcoaster: Lane 2.”

The girl group took the top spot on all eight major music sites upon release of their newest song “Knock Knock” on Monday, placing first on Melon, Genie, Mnet, Bugs, and more. Their accompanying song “Melting” from the new record also charted highly, taking a seat amongst the top five on most charts as well.

The group’s new single is a mainstream pop track with rock, disco, and electronic influences. It was written and composed by Japanese singer-songwriter Mayu Wakisaka in collaboration with composers Sim Eun-jee and Collapsedone.

The girl group has been knocking it out of the park with a string of successful song releases since last year including their singles “Cheer Up” and “TT.” They became the best-selling girl group of 2016 and won Song of the Year at the annual music awards from Mnet and Melon.

Their music video for the new single has also been faring well, reaching 5.6 million views on YouTube within 14 hours of it being uploaded.