Widening our scope of imagination

Widening our scope of imagination 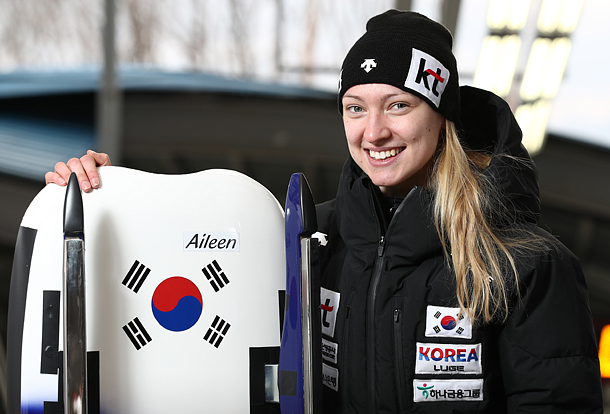 Prior to the 2018 PyeongChang Winter Olympics, several foreign athletes have swapped their passports to become naturalized Korean citizens.

Ten athletes have already earned the Taegeuk emblems given to Korean athletes, but the number will go up because there are more non-Korean athletes in the process of naturalization procedures. It is likely that 15 out of the 130 athletes who will compete in the upcoming games next year will be naturalized citizens.

This is not a new trend in sports. We have many naturalized athletes who compete in various sports.

In soccer, Shin Eui-son, Lee Seong-nam came from Russia and Lee Sa-vik from Croatia, while there are naturalized athletes from China in ping pong such as Kwak Bang-dang, Dang Ye-seo and Seok Ha-jeong.

A majority of the foreign-born athletes competing for Korea in the 2018 PyeongChang Winter Olympics will play for sports such as ski and ice hockey which have not had Korean medal winners before.

In the history of the Winter Olympics, Korean athletes have earned 54 medals so far — 26 gold, 17 silver and 11 bronze — and all the medals have come from sports on ice such as speed skating, figure skating and short track skating.

Prior to the 2002 World Cup, which was co-hosted by Korea and Japan, the Korean national football team wanted to beef up its defense and it was in the process of naturalizing Maciel, a Brazilian defender who played for Jeonnam (now the Jeonnam Dragons), but public opinion soured.

They say, “What is the point of earning medals through naturalized athletes?” Or “If they really like Korea enough that they earned citizenship, why do they stick to dual citizenship?”

When the performances of such athletes are not good enough, they say, “Is this what you wanted to achieve through naturalization?”

At some level, such comments seem reasonable but they are based on deep-rooted nationalism. These people say Korean athletes, who swapped passports to play in other countries such as Choo Sung-hoon in judo and Ahn Hyun-soo in short track skating, have turned against their home.

Recently, a genome research team at Ulsan National Institute of Science and Technology found that “Koreans are descendants of hunters-gatherers and agricultural folks of the southern race.”

The southern race refers to those from what are currently Southeast Asian countries. The myths which state Koreans are descendants of Dangun or Dongyi tribe of Mongolia are false.

Benedict Anderson (1936-2015), an anthropologist and political scientist who served as a professor emeritus at Cornell University, wrote that nationalism is “imagined communities” in his book “Imagined Communities” (1983).

Now the time has come for us to widen the scope of our imagination.


*The author is a deputy sports news editor of the JoongAng Ilbo.