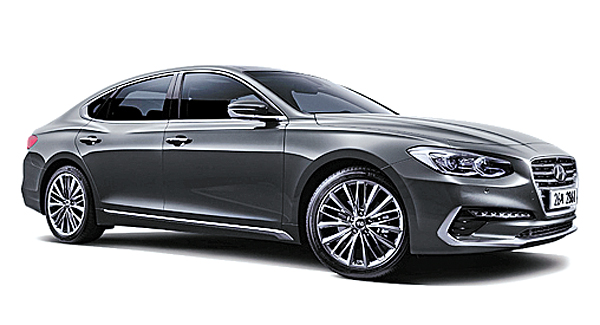 The postponement of the annual executive-level reshuffle at major conglomerates including Samsung Electronics and Lotte Group is putting a dent in company vehicle sales at Hyundai Motor.

Executives at conglomerates in Korea, from director-level to president posts, are provided with company vehicles as a perk.

The December-to-January period, therefore is a rare chance for automakers in Korea to sell more than 200 premium vehicles to a company at once.

The industry accounts for 30,000 vehicles per year.

However, things aren’t going as planned this year, especially for Hyundai which was expecting to sell its new Grandeur IG in bulk to big-name companies. The sales have a marketing effect as well, as they are approved by big-name companies’ executives.

The annual event at Samsung Electronics, which usually takes place in December, has been put off indefinitely due to an ongoing corruption probe involving its de facto leader Lee Jae-yong, who is behind bars. Samsung Electronics said its reshuffle may take place in March, but even that isn’t definite.

Lotte Group also postponed its annual event to this week, after undergoing an investigation into its alleged contributions to two nonprofit foundations controlled by Choi Soon-sil.

Due to the delays, the Grandeur, which sold 17,247 vehicles in December thanks to the IG model’s new-car effect, saw sales tumble to 10,586 in January.

“Demand from companies declined in the December-to-January period due to the delayed reshuffle schedule,” said a Hyundai spokesman.

Last year, Kia Motors’ large sedan K7 was the most popular car among Samsung Electronics executives. Among the 294 people promoted to the executive level, 106 picked Kia’s K7 as their company vehicle, while 79 selected the previous version of Grandeur.

“The reshuffle was delayed but it is going to take place one day or another. Grandeur IG’s popularity was high when it first came out, so we expect similar results with the selection of company cars at conglomerates as well,” the spokesman said, adding that the model is expected to replace K7 in the top spot.

At most conglomerates, newly promoted executives or those who wish to change their vehicles are provided with a number of options. Hyundai Motor’s premium large sedan Grandeur is one of the representatives along with Kia’s K7, Renault Samsung Motors’ SM7 and GM Korea’s Alpheon.