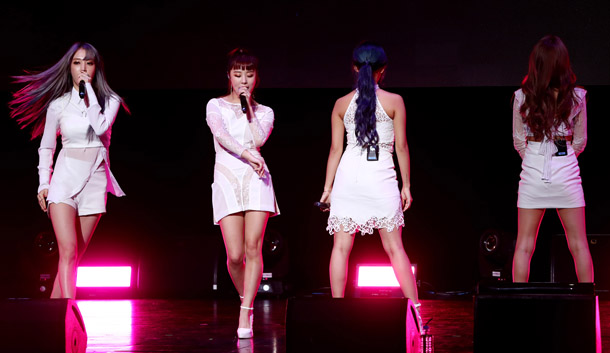 Mamamoo, known more as a talented vocal quartet than a K-pop girl group, will be holding a concert “Moosical,” a follow up of last year’s sold-out concert. See MUSIC, left. [YONHAP]

Mar. 3-5: Resembling more of a vocal quartet than a female idol group, Mamamoo follows up last year’s successful concert that sold out in a minute, with MOOSICAL Curtain Call.

This two-day fan meet, with members of the boy group granting fan’s wishes, is an attempt to communicate with their fans, including their core fan base, known as Inspirit.

Last year, Infinite gave their fans their sixth mini-album, “Infinite Only,” and was nominated for the Best Male Group category in the Mnet Asian Music Awards of 2016.

The tenor made his debut in 1970 at age 24, gaining international fame over the course of his career.

He became so popular that he eventually played the lead role in 24 operas only four years after his debut. Amidst his peak, however, came an unexpected diagnosis of leukemia in 1987. He managed to fully recover, returning to the stage after a few months.

Feb. 16 to Mar. 5: The hit musical which audiences first flocked to in Daehangno, Seoul’s famed theater district, “Nunsense 2” has been reworked and is coming to the Seoul Arts Center for three weeks.

Running since1995, the show has been loved for over 20 years and is finally being moved to the big stage.

The musical boasts a rich cast, with sitcom “High Kick!” star Park Hae-mi as the lead role, with R&B singer Lee Michelle and comedian Jo Hye-ryun also making appearances, among many others.

To Mar. 5: This musical’s story follows bodyguard Jeong-hak’s attempt to solve a 20-year mystery. In 1992, Jeong-hak and his colleague Mu-yeong took on a mission to protect a woman. But after a few days, Jeong-hak was left alone to find out that the woman has disappeared with Mu-yeong. 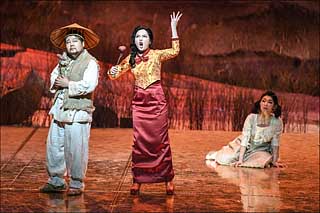 Written by Felice Romani with music composed by Gaetano Donizetti, the finest librettist and composer of their era, “Love Potion” is loved across the globe and comes to life in Korea once again, with the production of Italian producer Cristina Pezzoli.

Mar. 30 to Apr. 1: Successful since its premiere in 2014, and selected for the opening performance at the 2015 Cannes Dance Festival, “Vortex” returns to the National Theater of Korea this spring.

National Dance Company of Korea’s first ever collaboration with a foreign choreographer in the form of Finnish choreographer Tero Saarinen, the staging, lighting, costume and music all come together to create one giant vortex in this performance.

The story follows the relationship between the daughter of the Pharaoh, Amneris, the princess of Nubia, Aida and captain Radames of the Egyptian army. 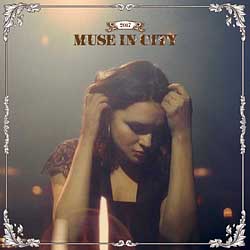 Apr. 23: Muse In City, Korea’s only festival with an all-female lineup, is to be held in Korea for the fourth time. The one-day music festival, which launched in 2013, focuses on female artists and an audience with a wide range of music genres.

This year’s line up includes Norah Jones and Corinne Bailey Rae, among other female artists.