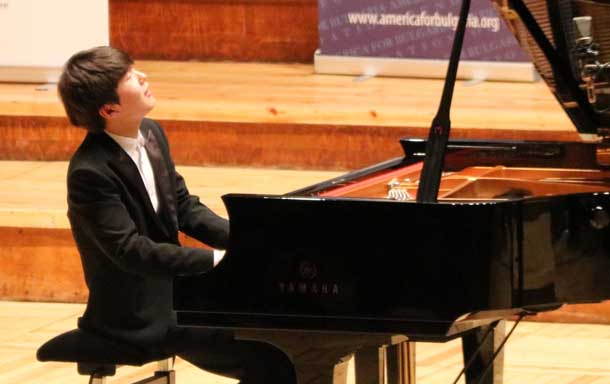 Star pianist Cho Seong-jin will make his Carnegie Hall debut on Feb. 22. He kicked off his tour with a concert at the Lotte Concert Hall in southern Seoul in January, pictured above. [YONHAP]


Star pianist Cho Seong-jin will be making his Carnegie Hall debut on Feb. 22.

During a press conference held in Seoul last November, Cho said that he was surprised when he first received the invitation from the prestigious venue.

“I naturally thought they are inviting me to perform at the smaller Zankel Hall but it was the main Stern Auditorium, so I was taken aback,” he said. “I am also a human being so greed came to me and I began to aim higher.”

There are three performing spaces at the Carnegie Hall. The Stern Auditorium has 2,804 seats; the newest Zankel Hall has 599 seats and the Weill Recital Hall has 268 seats.

Cho has about 80 concerts scheduled throughout the year in Europe, the U.S. and Asia. He kicked off his the year’s schedule in his motherland with a two-day recital at the Lotte Concert Hall.