An opportunity for rivals

An opportunity for rivals 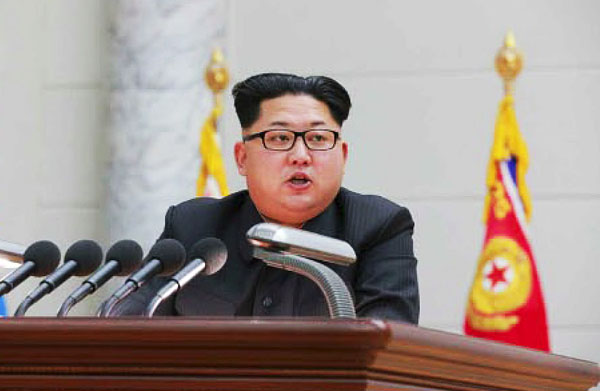 North Korea’s test of a ballistic missile on Feb. 11 and the assassination of Kim Jong-nam, the estranged half brother of Kim Jong-un, in Kuala Lumpur, Malaysia, on Feb. 13 are a reminder of two uncomfortable facts.

First, the leader of North Korea, who ordered the murder of his uncle and possibly that of his half brother, is capable of anything to safeguard his rule.

The range of countries exposed to the threat of North Korea’s growing nuclear warfare capabilities is expanding steadily. China, even if it isn’t a direct target, has much to fear. Political chaos and further economic collapse, along with a large-scale famine, could send many of North Korea’s 25 million citizens fleeing over the northern border. The economic costs and political risks associated with a large inflow of refugees would pose a serious challenge to Chinese authorities.

China has wanted economic changes in North Korea along the lines of the market reforms initiated by Deng Xiaoping in 1979. It considers such reforms necessary to prevent an economic collapse. Kim Jong-nam was a proponent of such an evolution. He lived under Chinese protection in Macau.

China also fears a reunification of the two Koreas unfolding as an effective takeover of the North by the South. Strategically and politically, China does not want South Korean and U.S. troops on its border. Having Thaad, a defense system against ballistic missiles offered by the U.S. to South Korea, deployed at its border with a newly unified Korea would be interpreted as a public slap in the face by China’s rulers.

There is some hope that North Korea’s steady progress toward nuclear warfare capability and the abandonment of any hope for economic reforms necessary to prevent an economic collapse could create strategic common ground between China and the United States. In response to the latest missile test, China announced it would suspend North Korean coal imports starting Feb. 19 through the rest of the year. Unlike earlier bans imposed by China, this one includes coal already “in transit.” Coal represents about a third of North Korea’s total exports, and almost all of these exports (which account for around $1 billion of total gross domestic product of about $17 billion) go to China.

Much still divides the United States and China. The disputed islands in the South China Sea, disagreements about trade and possible currency manipulation, and the likely growing disagreement about Chinese foreign direct investment in the U.S. and American investment in China are not going away.

But North Korea poses an existential threat to both countries (as well as to South Korea and Japan). A deal is possible between China and the United States (and its allies in the region) that would materially reduce the threat.

The U.S. would have to make concessions. Giving in on Thaad would be easier if elections in South Korea were to produce a more left-leaning government.

If and when the U.S. and China adopt a common approach to North Korea, the risk of other disputes flaring up diminishes. At first glance, there is no direct connection between progress in limiting the nuclear threat posed by North Korea and easing other confrontations between the two largest economies in the world (such as trade and labeling China as a currency manipulator). But politics is a seamless web: Progress anywhere makes progress everywhere more likely.

So the bad news about North Korea may turn out not to be so bad after all.

*The author is founder of JL Warren Capital, an independent equity research firm focused on Chinese companies and the Chinese economy. She is also the author of “Tiger Woman on Wall Street — Winning Business Strategies from Shanghai to New York and Back.”