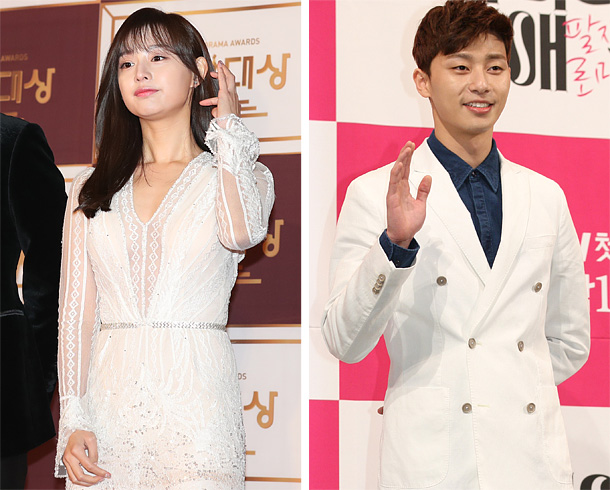 Rising actors Park Seo-joon, left, and Kim Ji-won have confirmed their roles on the upcoming KBS2 drama, “Ssam My Way.”

Having played roles in the MBC drama “Kill Me, Heal Me,” “She Was Pretty” and the recently concluded KBS drama “Hwarang,” Park built his reputation as a go-to actor for characters in their 20s. Park will play Ko Dong-man, a martial artist with a very low reputation in his field.

Kim also built a following after her appearance in one of the biggest dramas of last year, “Descendants of the Sun.” This drama will be her first appearance in a year since her previous role.

Written by Lim Sang-choon and directed by Lee Na-jeong, the upcoming drama was described as a story of characters’ attempts to lead their lives in their own way, even if the society expects and treats them as people with low qualifications. Pan Entertainment, which has produced hit dramas such as MBC’s “The Moon Embracing the Sun” (2012), “Kill Me, Heal Me” (2015) and SBS’ “Doctors” (2016) will be producing the drama. The show is scheduled to air its first episode in May.