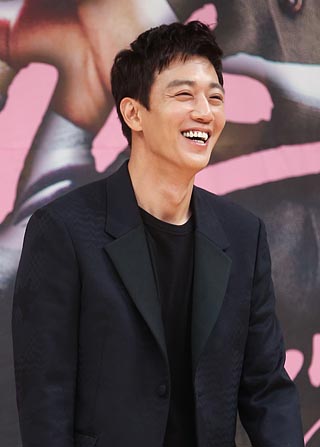 The 35-year-old actor had frank conversations with his fans during the event at the ATT Showbox in Taipei a week ago, HB Entertainment said in a release.

Kim received a warm welcome from his fans although the event came six months after the end of the hit SBS series “Doctors,” according to the agency.

The Korean actor made Taiwanese desserts on stage and offered them as gifts to some lucky fans. He also took pictures together with everyone who asked him to do so.

“Doctors” tells the love story of a teacher and a student who meet again years later as neurosurgeons in the same hospital.

The 20 episode-series ended in August after recording a nationwide viewership of around 20 percent. The female protagonist was played by Park Shin-hye.

Kim is known for his roles in romance dramas such as “Rooftop Room Cat” and “Love Story in Harvard.” Most recently, he acted as an ex-detective who is imprisoned for committing various crimes in the Korean film “The Prison” that also features actor Han Suk-kyu. The film is set to open in local theaters on March 23.