Re-energized and ready to return

Re-energized and ready to return 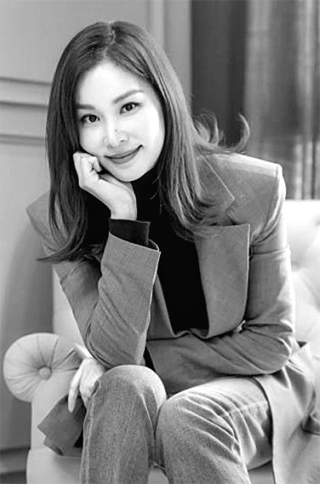 Actress Ko So-young resumed her acting career after a seven-year hiatus after her marriage to actor Jang Dong-gun in 2010. [KBS MEDIA]

Actress Ko So-young has decided to break her long seven-year hiatus from acting and is making a return to television. The actress previously decided to focus on childcare after marrying fellow actor Jang Dong-gun in 2010, but now she’s back in her first television role in ten years.

The 43-year old actress is starring in the upcoming KBS2 drama “Perfect Wife” in the role of Sim Jae-bok, a middle-aged woman with a tough personality. The character was described as having no luck with money, in a loveless marriage with her husband, and lacking good fortune in general. A recent trailer for the drama featured the character saying, “You really don’t want to do it with me that much?” which later became a trending topic due to the rather shocking line. It gave a preview to the kind of character that Ko would be playing, and the kind of transformation the actor took.

Ko sat down with Ilgan Sports to discuss her role and the kind of portrayal she wished to deliver. 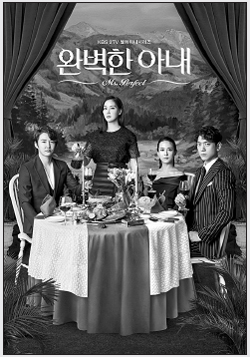 Ko stars as Sim Jae-bok, a tough woman down on her luck in the upcoming KBS2 drama “Perfect Wife.” [KBS MEDIA]


Q. What caused the delay in your acting career?

A. It felt unfortunate seeing my four-year old firstborn playing alone, so [my husband and I] decided to have a second child. I also felt that a mother should be by the side of her child until they are at least three years old, and I also didn’t have much room to breathe. I did get married at a rather late age, so it was even harder to find people to consult and rely on while raising children. There was also so much for me to learn [about being a mother], so I decided to concentrate on childcare.


Is there a reason why you chose “Perfect Wife” to be your comeback?

People like to mention my long hiatus, but I didn’t notice the time passing. I was too occupied with raising my two children. I did receive many offers for various roles in the past, but I lacked the peace of mind. It wasn’t until my firstborn had grown up and my second child was following suit that I felt was the right time, since I also feared I may never be able to go back to my line of work. Since it was my return after a long time gone, I wanted an approachable role rather than something flashy. Also, this drama contains stories that any married person can relate to, and I felt a connection to my character.


Doesn’t your character feel like it does not fit your image?

Recently, I was fascinated with the idea of the girl crush. I also felt the character was characteristically similar to me in the sense that she really isn’t that tough, but rather high-spirited and independent. She thinks for herself and gets things done. I don’t think using the word tough to describe the character is correct. We live in a time when everyone takes good care of themselves even with their busy lives, and there are many smart and sensible housewives out there. Although there are people that say the character does not suit me due to my looks, I think I have to break that stereotype.


What was the most difficult part of filming?

My character receives a lot of screen time, and it requires me to frequently adjust my emotions from high, medium and low. In addition to that, the drama has many comedic scenes as well. I wondered if it was possible to incorporate humor in situations like where you discover your husband cheating. But as I was acting, I found myself wanting to be funnier. It was an important lesson in learning to control the level of comedy. I hadn’t acted in a long time, so the techniques were blurry (laughs).


Is there a difference to acting after getting married?

There are many differences. I have access to many more emotions than before. It may be due to acquiring more life experience, but I’m able to more easily understand the love of mothers given to their children. My character not only portrays the life of ordinary women in Korea but also invokes a feeling of fantasy. I’m looking forward to portraying my character in the best way possible with my newfound emotional understanding.


How do you want your drama to be critiqued?

Though I do hope the drama becomes popular, I also want to be seen as an actress that delivered a relatable performance. Rather than appealing to the mainstream, I want my acting to be approachable.


What’s next in your career?

I rediscovered my energy after returning to acting. I plan on working it out with my husband so that our children will never be without their mother or father, and there won’t be an instance where I disappear for a long period of time from now on. If the production feels right, I will make another appearance as a better actress in the future.