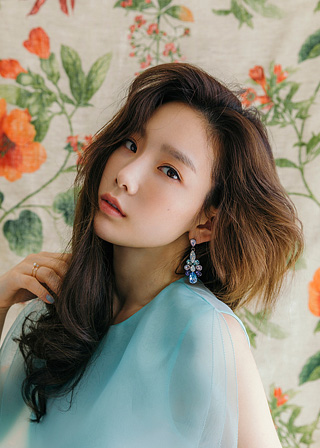 Leader and one-eighth of legendary girl group Girl’s Generation, Taeyeon released her first full-length solo album today. Titled “My Voice,” the album features music of diverse styles. “I Got Love,” a pre-released R&B song was met with positive reviews, with the music video racking up 7,259,021 views on YouTube as of Monday evening.

Debuting as part of Girl’s Generation a decade ago, Taeyeon has proved to be a success not only with the group, but as a solo artist as well. Taeyeon has released a number of singles and is a go-to singer on soundtracks for dramas such as “That Winter, the Wind Blows” (2013) and recently “Moon Lovers: Scarlet Heart Ryeo.”

The singer is slated to host a live online broadcast at 11p.m. of March 2, detailing the album’s process to the viewers.