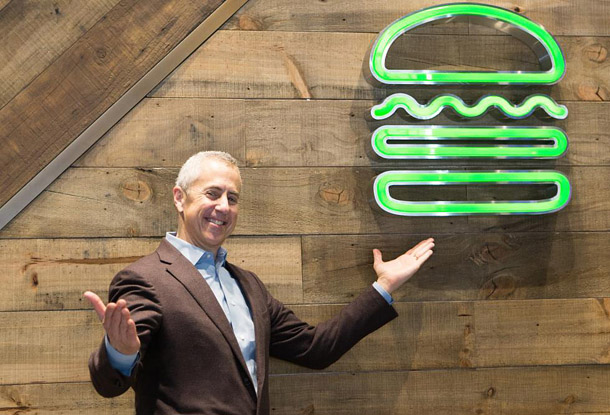 The second Korean store in Cheongdam-dong ranked third globally, selling an average of 2,000 to 2,500 burgers a day. The first restaurant in Gangnam sells 3,000 to 3,500 daily. The sales figures are impressive considering both branches opened less than a year ago; the first store in July and the second in December.

“Korea is a very trendy market and according to what I understood in the last few months is that Shake Shack’s corporate value of hospitality falls well in line with local consumers that value experience,” said Meyer.

On Shake Shack’s success in Korea, Meyer attributed it the Korean restaurants’ ability to exactly re-create Shake Shack’s original taste from New York—particularly regarding the buns. “Our local partner SPC Group has done a great job in reproducing Shake Shack’s taste, quality and brand,” he said.

Among the global branches in 13 countries like the United Kingdom, Turkey and Japan, this is the only case where Shake Shack’s burger buns are not imported from a supplier in Pennsylvania, but are supplied through a local manufacturer. A source at SPC added that there’s possibility that buns made in Korea could used for other branches in other Asian countries.

An operator of the leading bakery franchise Paris Baguette and the bakery Samlip, SPC Group has the technology and know-how accumulated over the last few decades in the bakery business.