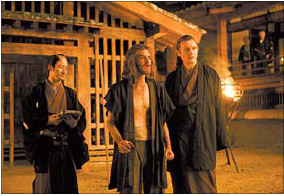 One of Hollywood’s most established directors, Martin Scorsese has never stopped working even after successes such as “Goodfellas,” (1990) “Shutter Island” (2010) and “The Wolf of Wall Street.” (2013) The accomplished director touches on the history of Catholicism in Japan, at a time when the religion was forbidden.

The story, loosely based on historical events, is set in the 17th century, where two Catholic missionaries travel to Japan after news of their mentor’s disappearance in the eastern nation. Their mentor is a priest named Ferreira, while the two missionaries are Rodrigues and Garupe, played by Andrew Garfield and Adam Driver, respectively. At a time where Catholicism is outlawed and forbidden in Japan, there aren’t many followers of the religion left and those who do uphold their faith are experiencing horrid treatment.

Punishments and torture are much more excruciating than anticipated, and even the devout have their faith tested, with deepening frustration as God keeps his silence through the trying times.

The film boasts a rich cast from both Hollywood and Japan’s film industry. Andrew Garfield is known for his appearance as Spider-man in “The Amazing Spider-man” (2012), Adam Driver is known for his appearance as Kylo Ren in “Star Wars: Episode VII” (2015) and Liam Neeson is well known in Hollywood for his “Taken” series. Famous Japanese actors such as Tadanobu Asano, Issei Ogata and Nana Komatsu also appear in the film.

Her filmography may be shorter than most, but every piece by director Lee Soo-yeon has received praise from film festivals in and out of Korea. Every director’s first big-budget film is given polarizing reviews, but her upcoming “Bluebeard” might just be the movie that every filmmaker craves.

Cho Jin-woong plays Seung-hoon, a physician whose clinic in Gangnam goes bankrupt and soon divorces his wife. He later gets a job at a hospital run by his friend in a quiet satellite city of Seoul. It is a city where a series of murders went unsolved in the past. When Seung-hoon takes a neighbor’s father in to perform a sleep endoscopy, the man, played by Shin Goo, mutters of committing murders in his sleep. When the Han River thaws and the beheaded body of a female rises up to the surface, the city is once again in fear of more deaths occurring.

Nearing the termination of Japan’s colonization of Korea in 1944, there are two young girls from the same village, leading two different lifestyles. Joong-bun, played by Kim Hyang-gi, is from a humble background, but she is a bright and brave girl. Yeong-ae, played by Kim Sae-ron, is the youngest member of a rich family, who is also a very bright student. Jong-bun yearns for Yeong-ae’s life, and begs her mother to let her go to Japan, after hearing of Yeong-ae’s plans to leave to Japan.

One day when Jong-bun’s mother leaves home, Japanese soldiers storm the house and take Jong-bun away, and she is thrown in to a train full of children, which happens to include Yeong-ae, who was thought to have gone to Japan. Together they face the reality of the war, and find out the reason why they were kidnapped from their sleep - to be “comfort women” for the Japanese troops.

Kim Hyang-gi and Kim Sae-ron are both millennials, born in the year 2000, but both boast a filmography that any older actor would be jealous of. Kim Sae-ron made her mark through “The Man from Nowhere” (2010), while Kim Hyang-gi has already had an extensive career including appearances in “A Werewolf Boy” (2012) and “Thread of Lies” (2014). 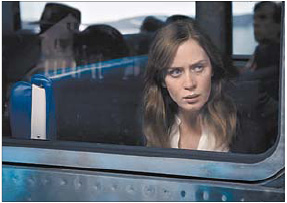 Rachel, played by Emily Blunt, is fighting through alcohol addiction after her divorce from her husband Tom, played by Justin Theroux. She has developed a new habit, to sit at the same seat on the train at the same hours, looking out the window. Her daily routine includes observing Megan and her husband, who seem to be the most perfect couple.

When Megan suddenly disappears, and goes missing, her husband Scott is the prime suspect. However, Tom’s new wife Anna, played by Rebecca Ferguson, points out Rachel as the prime suspect of the crime. The day when Megan went missing was the day when Rachel returned home in a bloody state. Left with only a fractured memory, Rachel needs to piece the memories back together to remember the truth of the incident. 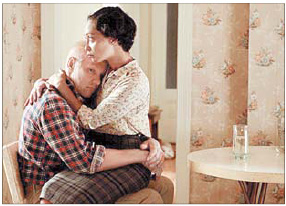 This movie tells of a touching love story between Richard Loving, a white man played by Joel Edgerton and Mildred Loving, a black woman played by Ruth Negga. Interracial marriage was prohibited in Virginia in the 1950s, so the couple decides to get married in Washington D.C.

However, this plan fails as the couple now faces the threat of either going to jail or departing Virginia. Devastated, Mildred seeks help from an attorney and this case goes all the way up to the Supreme Court. The couple’s ordeal was featured in “Life” magazine, gaining national attention. After several weeks, forbidding interracial marriage was ruled unconstitutional and the couple is reunited at last in Virginia.

This film took inspirations from a documentary “The Loving Story” (2011) by Nancy Buirski. The film was featured in many significant film festivals such as Cannes and both actors were nominated for Golden Globes.

The director, Jeff Nichols, has made a number of successful dramas including the popular “Take Shelter” (2011) and “Mud” (2012). 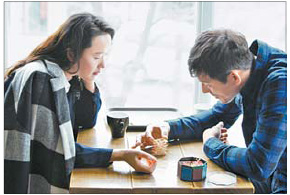 In-young, played by Yun Jin-seo is an average housewife who likes to casually sit at her local cafe and watch people walk by. One day, she notices Hee-soo, a carpenter, played by Oh Ji-ho. They start to get close, become coffee mates and tell each other secrets to escape from the boredom of everyday life for a while. In-young shares personal secrets with him, even secrets she would not share with her husband. Her feelings toward Hee-soo grow and she attaches a special affection to him.

Unlike other romance movies dealing with secret love affairs, this movie does not portray the couple’s desire for physical wants, but rather focuses on the emotional communication with each other.

The movie has been nominated at the Busan International Film Festival in 2016.

Yun Jin-seo has been in the spotlight since her appearance in the famous movie “Old Boy” (2003). She has been known for her distinctive character and has appeared in many of Seo Tai-ji’s music videos. 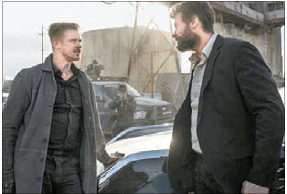 Hugh Jackman makes a comeback as Logan, also known as the X-Men member Wolverine. Logan is living in a hideout on the border of Mexico, looking after Professor X, played by Patrick Stewart. Professor X introduces Logan to a mutant girl Laura, played by Dafne Keen. Logan tries his best to protect Laura from the dark forces that threaten her.

Directed by James Mangold, this is the third and final Wolverine solo film, and tenth installment of the X-men series. “Logan” has premiered at the 67th Berlin International Film Festival and is scheduled to be released in March this year.

The movie is rated 97% on Rotten Tomatoes and received positive reviews from movie critics and audiences especially for its strong portrayal of action scenes.