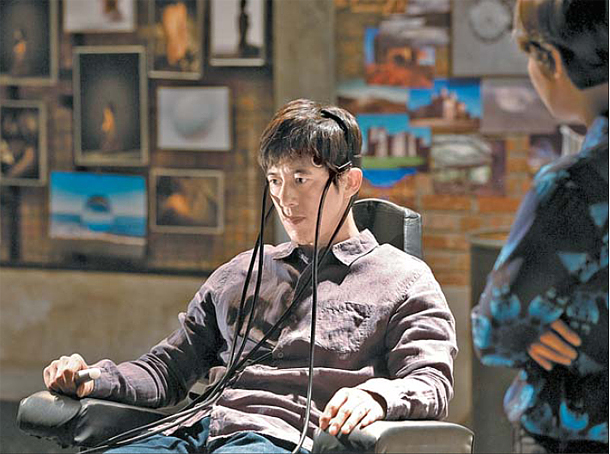 Despite the original subject and star-studded cast, the science fiction thriller “Lucid Dream,” which hit theaters on Wednesday, fails to make full use of either.

The story unfolds after Dae-ho’s son is abducted by a mysterious man. Having failed to find his son for three years, Dae-ho finally discovers what he believes is the last chance to get his son back: lucid dreaming.

With the help of his psychiatrist friend (Kang) Dae-ho falls into a lucid dream - a dream in which the dreamer is aware of dreaming and is able to exert control over their actions. Dae-ho revisits the day he lost his son on a family outing through his dream to find clues of what he missed before his son went missing. The film moves back and forth between Dae-woo’s lucid dreams and reality. A detective (Seol), who had been working on the kidnapping case and has an ailing daughter, helps Dae-ho crack the case.

The use of lucid dreaming was a novel idea. Allowing anyone to fall into a lucid dream and achieving what they could not in reality is not something that Korean audiences have seen in domestic films. Also the act of sharing dreams, in which the same man (Park) repeatedly appears as a “dream hacker” is another interesting subject.

Though many expected the film to be the Korean version of the 2010 science fiction blockbuster “Inception,” the film fails to achieve that level by merely using the material as a means to find Deo-ho’s son without much complications.

Its weak plot and characters are another weakness of the film. The talents of Kang and Seol seem to be wasted as functional characters without having their own background stories and the appearance of an old man (Park In-hwan) who backs up Dae-ho and always seems to be able to get things done in his way is not even properly addressed. The twist at the end, which seems to force an ending, is another hole in “Lucid Dream.”

The film is easy to follow with explanations on technical terms and details on what is happening throughout the movie, which some may find to be disturbing to the flow of the story.

For the film, Go Soo gained 10 kilograms (22.04 pounds) and lost more than 18 kilograms to show the state of his character before he loses his son and afterwards. It certainly shows how determined the actor was in portraying his role. Despite such effort, it seems unlikely for “Lucid Dream” to greatly impress audiences who were drawn to the film’s novel concept. It remains to be seen whether it would be able to outperform local box office rivals like “New Trial,” “Fabricated City” and “A Single Rider,” which hit theaters on the same day as “Lucid Dream.”