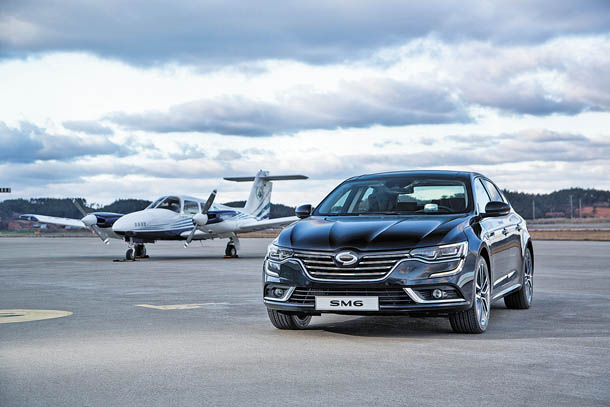 Stiff competition in the midsize car market began last year with the release of Renault Samsung’s SM6 in March, and with Hyundai set to launch a facelift of the Sonata soon, things are expected to heat up even more. Hyundai initially planned to introduce the new Sonata in July, but with sales low, the company opted for an earlier release.

Now, the SM6 has outrun the Sonata and topped the market. After the SM6 and Malibu entered the competition, the Sonata has gone down to third except in the LPG category. It is sad to see Hyundai losing customers of the Sonata, a long-lasting brand of 30 years.

The current Sonata came out in March 2014. The new model is expected to have a cascading grille and LED rear lamp, which have been applied to the new Grandeur and i30, as well as Hyundai Smart Sense. It seems the company has focused on improving the exterior and specifications of the model in order to respond to the competitive market.

Meanwhile, the SM6 and Malibu have gained accolades for their stylish looks and high-quality features. Whereas Hyundai Motor Group has been the biggest seller of midsize cars, Renault Samsung has continued to develop cars that effectively respond to market demand. For its new models, Renault Samsung has maximized interior space and applied premium equipment for safety and convenience.

Renault Samsung’s cars have an 8.7-inch S-Link that allows users to connect various devices to the car. With Multi-Sense, the driver can control functions including the engine’s sound, dashboard color and interior lighting. The cars also come with custom engine sound functions, full LED head and tail lamps, active damping control and a head-up display, which has been applied to midsize cars for the first time. With these superb qualities, the SM6 and Malibu may even compete with full-size cars and foreign brands.

“The age group of midsize cars is skewing younger, and those in 30s and 40s want stylish designs and new technologies,” an industry source said. “The SM6 and Malibu have successfully satisfied these demands.” The source said Hyundai might be able to turn around if it actively responds to growing demand and applies its strong sales capacity.

Nevertheless, many expect the Sonata facelift alone cannot keep a check on the SM6 and Malibu. The LF Sonata has long been criticized for its simple design, which changes in details like the grill and lamps won’t be able to fix. It appears Hyundai will simply take the safety equipment and applications of other models and apply it to the new one, suggesting the product will not differentiate itself too much or cater to consumers’ taste.

Renault Samsung Motors, on the other hand, strives to reach consumers of midsize cars and continue the success of the SM6. The company plans to strengthen its sales performance and expand its sales force.