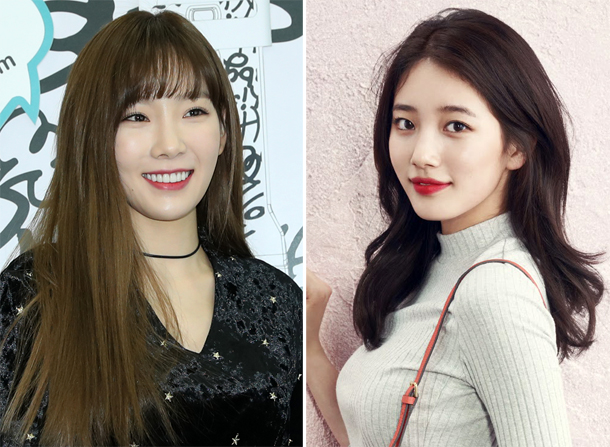 Two top female artists in the Korean music industry released new material yesterday. Taeyeon released her first regular album since her debut with legendary girl group Girls’ Generation more than a decade ago, while a member of Miss A, Suzy, released a collaboration with Park Won.

Both artists are regarded as chart-toppers who have previously released singles with or without their groups that have dominated the charts. They are also representatives of two powerhouses of the Korean music industry - SM Entertainment and JYP Entertainment, respectively - and music fans are following closely to see who will come out on top.

Taeyeon’s contender is “Fine,” the title track off her newly released album, “My Voice.”

Suzy is a cementing her status as a go-to artist for collaborations, as her previous work with boy group EXO’s Baek-hyun in “Dream” was one of the most loved songs of last year. This time with Park Won, Suzy attempts to capture a sweet spring feeling.