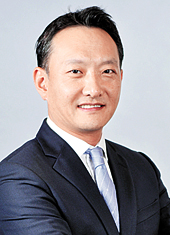 Kim joined Lufthansa German Airlines in 2005 and has served as general manager in Indonesia and Malaysia. Including his time before Lufthansa, Kim has 17 years of experience in the Asia-Pacific region.