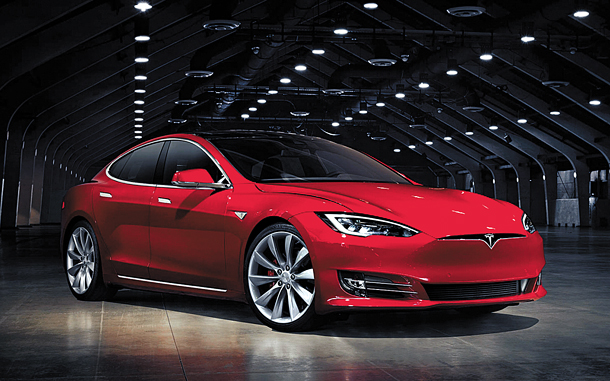 Tesla, the U.S. electric car manufacturer, has set the opening date of its two showrooms in Korea, according to a newsletter the company sent out on Tuesday.

The California-based startup will launch its first Korean showroom on March 15 at Starfield Hanam, the mega shopping mall operated by Shinsegae Group, which opened last year. The store will operate from 10 a.m. to 9 p.m. Starfield Hanam is located on the outskirts of Seoul in Hanam in Gyeonggi, a 30-minute drive from central Seoul.

The auto manufacturer’s second showroom in the affluent Cheongdam-dong in southern Seoul will open March 17. Its hours of operation are 10 a.m. to 8 p.m.

Analysts say there will be displays of two Model S vehicles in each showroom.

Tesla will also offer test drives to those who have applied online.

“Tesla is going to individually contact customers who have requested test drives for Model S 90D to set the date,” Tesla Korea said in the e-newsletter.

“Due to high demand for test drives, it may take a while to reserve the date,” it added.

Currently, only the Model S 90D is available for testing.

Since it launched a Korean website last August, even trivial movements from Tesla such as job postings seeking engineers and dealers for its Korean branch made headlines in domestic media outlets. With the opening of the Korean website, Tesla began receiving pre-orders for its Model S, X and 3 as well.

In the same month, the electric-car manufacturer said it would open its Starfield Hanam showroom by November.

Yet the registration process with the Korean ministry was delayed, resulting in Tesla Korea taking down a construction sign reading “Opening Soon Winter 2016,” keeping domestic fans on their toes. Tesla explained that it is “closely working with all related government agencies to ensure the vehicles are fully compliant with local regulations.”

The registration process with the Korean government, which includes obtaining environmental certification from the Ministry of Environment and registering with the transport ministry as a car manufacturer, was completed on Feb. 14.

The Tesla Korea team on Feb. 22 notified those who placed pre-orders for its Model S that they can confirm their purchases. If confirmed, the order gets delivered to its U.S. headquarters for it to start manufacturing.

The price for Model S has been set at 130 million won ($115,210) for the basic trim. Its X and 3 models have yet to start the registration process.

Starfield Hanam has set up Tesla-only charging stations in one corner of its parking lot.