A test of Korean values

A test of Korean values 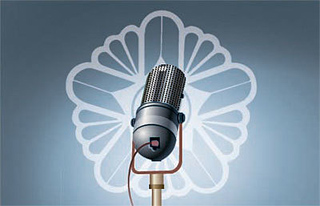 I didn’t expect Donald Trump to become president of the United States. It is not because of my political inclinations. I thought the values of American society which I had experienced as a student were better than that. At least, the country’s leaders would not openly make sexually lurid remarks and racist comments and expose their egocentrism outright.

I thought Trump’s defeat would mean defending America’s constitutional values of liberty, equality and democracy. But in the end, Trump was elected, and he has surprised the world with a series of extreme moves that go against American values. Many world leaders condemn Trump’s policies and remarks, and countless Americans have joined various anti-Trump rallies.

The latest incidents have made me think about what values make up American society. The true American value may be the power of the system to hold orderly elections based on procedure, for society to embrace the result (even if you don’t mean it) and proceed with the rules.

The United States began as a society of immigrants, and it was not easy to reach a consensus on right and wrong. So America values process and system over content and outcome. Even when many Americans disagree with Trump’s ideas, American society is well managed by President Trump.

Two weeks from now, we will have the chance to confirm our own values here in Korea. As closing arguments have concluded in President Park Geun-hye’s impeachment trial, the Constitutional Court is expected to deliver a verdict in two weeks. Some speculate the ruling will be rushed because the possibility of dismissing the impeachment motion increases after the acting chief justice, Lee Jung-mi, retires on March 13. Those supporting and opposing the impeachment believe the outcome will favor them, but it is not easy to predict. What will Korean society look like after the decision?

Right now, we all say we will respect the court’s decision. Recently, the floor leaders of the country’s four major parties agreed to accept the ruling. But it was a comedy. They are the ones who brought the case to the Constitutional Court, so the verbal agreement is meaningless. It is like a bride and groom agreeing to listen to the message of the officiant on the day of the wedding after arranging the officiator together. Perhaps, they are worried that they will not want to accept the decision. In fact, the parties have to embrace the court’s ruling. If not, they would be denying their own existence and destroying the constitutional order.

And what about the citizens and so-called presidential hopefuls? The National Assembly is responsible for the impeachment. But it is the presidential candidates who will need to take care of the future after the decision. Yet they are still in the open square, raising their voices for and against impeachment. One candidate ambiguously said he would accept the ruling but oppose it with candlelight.

Regardless of right or wrong, pressuring the Constitutional Court for the outcome of their choice can be considered political action. But now is the time to devise an exit strategy. One of the key ways to enhance consistency in one’s actions is open statements. Once you openly state your opinion or belief, it is hard to change your stance, and you will actually become more extreme.

A presidential candidate who respects the citizens and has the competency and qualifications to lead the people in the right direction should be able to convince supporters to respect and accept the decision of the Constitutional Court. And it would be more sincere and convincing when he says it before the decision.


*The author is a professor of psychology at Korea University.