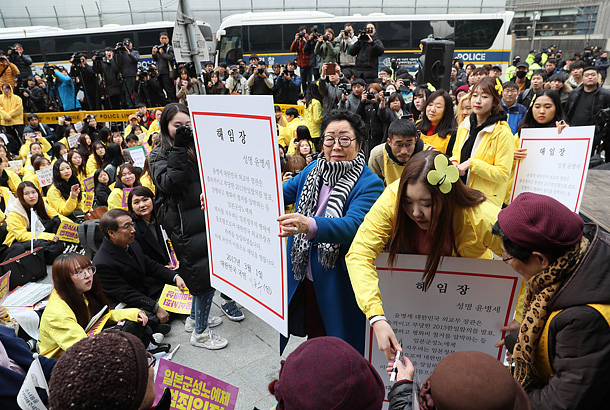 Surviving victims of sexual slavery by the imperial Japanese military, euphemistically called comfort women, sign a mock document in a performance which dictates the dismissal of Foreign Minister Yun Byung-se, at a Wednesday rally near the Japanese Embassy in central Seoul. They demand that the agreement on the comfort women issue between the Korean and Japanese governments be nullified because they believe the Japanese government did not yet issue an official, sincere apology to Korean victims. [YONHAP]