U.S. complains about deficit and FTA with Korea

U.S. complains about deficit and FTA with Korea 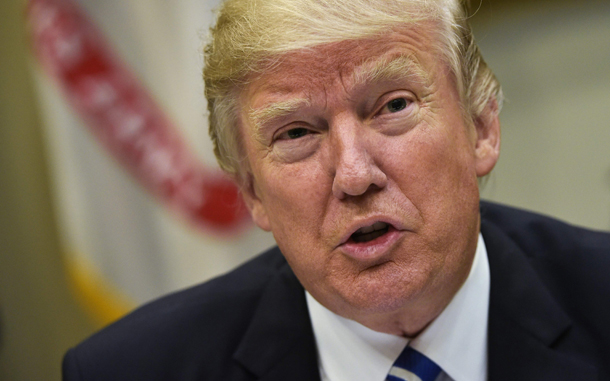 The U.S. Trade Representative has questioned the free trade agreement between the U.S. and South Korea, citing a dramatic increase in the trade deficit.

But the Korean government said that doesn’t necessarily mean the Donald J. Trump administration is going to renegotiate the deal - especially since the U.S. trade agency has raised the same issue in the past.

“The largest trade deal implemented during the Obama Administration - our free trade agreement with South Korea - has coincided with a dramatic increase in our trade deficit with that country,” said the office of the U.S. Trade Representative in an annual report released Wednesday. “Plainly, the time has come for a major review of how we approach trade agreements.”

“Our trade deficit in goods with South Korea more than doubled,” read the report. “Needless to say, this is not the outcome the American people expected from that agreement. For decades now, the United States has signed one major trade deal after another - and, as shown above, the results have often not lived up to expectations.

“The Trump Administration believes in free and fair trade, and we are looking forward to developing deeper trading relationships with international partners who share that belief.”

“The United States has been saying the time has come for a major review in the past as well,” said Park Chan-ki, a director at the Ministry of Trade, Industry and Energy. “The report was 336 pages long and it only talked about the deficit with Korea in six lines.

Trade issues with China were more prominent, the ministry said.

“The USTR also said Korea and the United States are discussing some of the issues raised,” he said.

The report, in fact, said the United States succeeded in making significant progress in addressing issues in many areas through U.S. engagement with Korea. The Trump Administration has been emphasizing “Made in the U.S.A” policies to create more jobs while lowering the trade deficit.

Last June, candidate Trump strongly criticized the FTA with Korea. “As reported by the Economic Policy Institute in May, this deal doubled our trade deficit with South Korea and destroyed nearly 100,000 American jobs,” he said.

“Big investments like the one that LG is doing became possible through the two countries’ FTA and stable economic relationship,” Joo told Haslam, according to the Korea’s Trade Ministry. “Korean companies have continuously invested in Tennessee and trade between the state and Korea doubled after the FTA went into effect. Both of us benefited from the agreement.”

Joo added that a total of 10 Korean companies, including LG Electronics, are operating in the state.

LG’s plans to build a factory in the United States are taking shape as it seeks to sustain growth in the key American market while avoiding punitive protectionist measures from Trump’s administration. LG said it will spend $250 million on the project and it expects to create about 2,000 jobs, including 600 full time jobs.

The Korean government in January announced that it will diversify sources of its imports of crude oil to include shale gas from the U.S. to reduce its trade surplus.

Meanwhile, a U.S. International Trade Commission study released last year showed that the Korea-U.S. FTA had a positive effect on the American economy. The ITC said the U.S. trade deficit with Korea was $28.3 billion in 2015 but would have been $44 billion without the FTA.