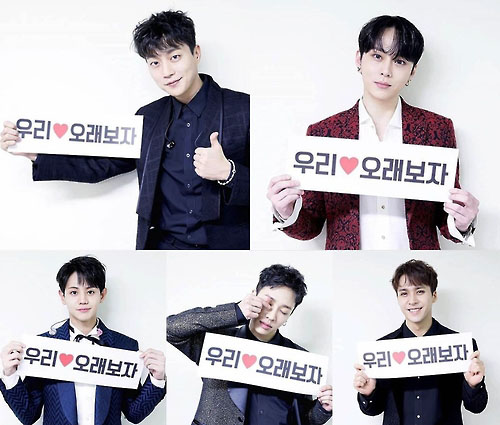 Around US Entertainment said the group will release its first EP album under the name Highlight on March 20. The agency uploaded a teaser - a frowning emoticon face with the release date - on its Instagram account.

Since its debut in 2009 under Cube Entertainment, the six-member Beast became popular at home and in Japan with the hit songs “Bad Girl,” “Shock,” “Midnight Sun” and “On Rainy Days.”

Member Jang Hyun-seung quit the group in April 2016, yet remains signed to Cube. The five others signed with Around US after their contracts expired in October.

The five - Yoon Doo-joon, Yong Jun-hyung, Yang Yo-seob, Lee Ki-kwang and Son Dong-woon - regrouped under Highlight, the title of Beast’s most recent album, after a brouhaha over the group’s original name with Cube, which holds the trademark rights to the name.